The Confederation of African Football (Caf) confirmed that Orlando Pirates have qualified for the Caf Confederation Cup play-off phase following the withdrawal from the competition of their first-round opponents Sagrada Esperanca.

Esperanca said they will not be able to travel to South Africa due to a new super-infectious coronavirus strain which has driven a wave of new infections.

This will see the first round, second leg that was scheduled for Orlando Stadium on Wednesday being cancelled, with Pirates having won the away leg 1-0 courtesy of a Thembinkosi Lorch strike.

In the play-off round, Pirates will now meet a team that will drop from the Caf Champions League as they bid to reach the group stage and re-establish themselves as a major force in African football under German coach Josef Zinnbauer.

“Within the framework of the organisation of match 58 Orlando Pirates vs GD Sagrada Esperança counting for the 2nd preliminary round of the Total Caf Confederation Cup 2020/21, we would like to inform you that the club GD Sagrada Esperança has withdrawn from the competition,” Caf wrote to Pirates.

“Therefore, we hereby inform you that the club Orlando Pirates is automatically qualified to the next round, namely the additional second preliminary round.

“Furthermore, the mission of the designated officials for the above-mentioned match is cancelled. A letter will be communicated to the Angolan Federation incorporating further details regarding the withdrawal.”

Angola has closed its borders to travellers from Australia, Nigeria, South Africa and the UK due to the Covid-19 variant.

Kaizer Chiefs have, however, been handed an exception which saw them travel to Angola for a Champions League first round, second leg date with Primeiro Agosto on Tuesday.

“The risks related to team’s stay in South Africa would be very high for the health of athletes, taking into account the magnitude of the contagion level and extreme lethality of the new version of the Covid-19 virus, which is prevalent in that country,” read part of the letter (translated from Portuguese).

The letter also mentioned the need to “fundamentally preserve the lives of the athletes.”

The Sagrada Esperanca management also reiterated their willingness to participate in Caf fixtures, but only “in perfect health security conditions.”

Sagrada’s withdrawal will extend a period of inactivity for Pirates, who face a congested fixture schedule in the upcoming days where they will be playing almost after every three days.

Onyekuru has 'no regrets' over decision to leave Eupen for Everton

Mon Jan 4 , 2021
In his quest to realise his ambition of featuring in the English topflight, the Nigerian winger made a big-money move to the Goodison Park Henry Onyekuru has no regrets over his decision to join Everton in 2017, despite his desire to join Arsenal. Having impressed in his third season with […] 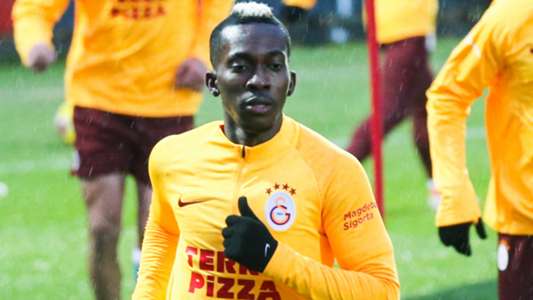