Kampala Capital City Authority fell to a 2-1 defeat to BUL FC in a Ugandan Premier League game at Kyabazinga Stadium on Friday.

Brian Aheebwa would have opened the score in the 12th minute but he was flagged for offside after Herbert Achai had delivered a splendid cross for him.

Charles Lukwago was called to action in the 24th minute when BUL’s Ibrahim Mugulusi’ attempted to find the top corner with a clever shot.

The Crane’s superb reaction ensured the score remained 0-0 even as the home side looked more dominant in the first 30 minutes.

Esenu scored the opener for the Jinja club in the 33rd minute to reward his teammates with a rather deserved lead, prompting KCCA’s coach Mike Mutebi to make a change two minutes after they conceded the opener.

The Kasasiro Boys could have equalised in the 45th minute when Keziron Kizito crossed the ball for Andrew Kigozi, who headed wide despite being unmarked by BUL’s defenders.

Mukoghotya made it 2-0 for BUL in the 47th minute as they looked more assertive than the disjointed visitors after the break.

Mutebi made more changes in the 66th minute when he rested Bright Anukani and Kigozi and introduced Lwanga and Hasan Musana.

A combination between Stefano Mazengo and Juma Balinya could have produced KCCA’s first goal but the former Police FC forward saw his shot saved by Lukwago, who was busier compared to his BUL’s counterpart.

BUL conceded a penalty in the 81st minute but Aheebwa – who has had a good start of life at KCCA as he has scored seven goals – saw his kick saved to deny them a goal.

Then, just a minute before the 90 minutes elapsed, Lwanga headed into the net to deny BUL a clean sheet at home.

Fri Feb 12 , 2021
The 34-year-old has scored 16 goals in 17 league games so far for the Liga leaders Atletico Madrid star Luis Suarez has said his team-mates are one of the main reasons for his stunning form this season. Suarez left Barcelona at the end of the 2019-20 campaign but has shown […] 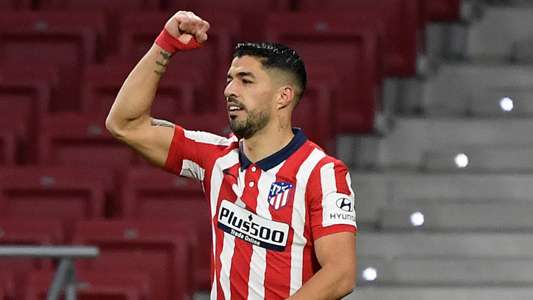