Brentford goalkeeper David Raya is reportedly willing to force through a move to Arsenal after the Gunners promised him the offer of a long-term contract.

The Spaniard was one of the standout players in the Championship last season, with 16 clean sheets – the division’s best.

With the Gunners’ second-choice stopper Emiliano Martinez edging closer to an exit, Arsenal boss Mikel Arteta is reportedly keen to find a new option between the sticks.

And, according to Sport, that man is Raya. The source claims Arteta and his colleagues fully believe he could make an impact in the Premier League.

Indeed, Raya’s agent has reportedly confirmed that Arsenal have made a proposal to Brentford for his signing.

Arteta sees his compatriot as a “goalkeeper of the future” and wants to offer him a long-term contract. Brentford, however, are unwilling to negotiate with Raya’s contract only expiring in 2023.

Raya, however, has become enthralled by the prospect of a top-flight move. As such, he is now willing to hand in a transfer request to make the move happen.

Arteta has received a glowing recommendation from Arsenal’s goalkeeping coach, Inaki Cana. Cana was reportedly Raya’s “main supporter” before he made his move to Brentford. 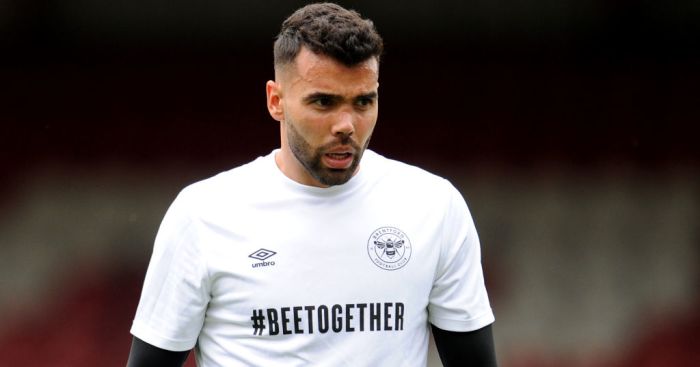 Raya, 24, came through Blackburn’s youth ranks in 2013 and became a key figure in his final years at Ewood Park.

Indeed, after a successful spell in the Championship in 2018/19, he earned a move to London. He was one of the Bees’ best signings, featuring in all 46 Championship games last term.

However, Thomas Frank’s side fell just short, losing to Fulham in the play-off final.

Aston Villa are keen to sign him, after Pepe Reina left the club. Although, they have so far had little success in persuading Arsenal to sell up.

However, The Independent now claims the Gunners are willing to let him go.

Villa have so far made a £15million offer but, now that talks have resumed between the two sides, the West Midlands club will likely improve that bid.