Chilwell is on Chelsea’s shopping list as Roman Abramovich embarks on a massive summer spree. Hakim Ziyech and Timo Werner have already been brought in, with the German confirmed on Thursday.

Now the Russian has his eyes on five more big names – and Chilwell appears top of the list.

Chelsea, however, have been told it will cost £75m to sign the England left-back and they are prepared to stand their ground.

“There’s no need to comment on it. He’s come back, he looks fantastic,” Rodgers said. “He’s come back refreshed and in everything he’s done he’s looked exceptional.”

Asked again about his future, Rodgers added: “We’re relaxed on it. It’s a sequence the club is used to no. When you have a talented group of players they’re going to make the headlines. But I’m pretty relaxed on it.”

Three players Leicester are keeping are Wes Morgan, Christian Fuchs and Eldin Jakupovic, who have all agreed one-year extensions.

Rodgers added: “I think their contributions have been outstanding in different ways.

“Off the field it’s so important that you have a strong spirit as a club and you’ve got outstanding senior professionals, and all three of them come into that bracket.

“Wes speaks for himself – wherever and whenever he’s played for me he’s been absolutely top class.

“Obviously he’s taken more of a role on the bench this season. But he’s still instrumental and absolutely vital for the spirit of this club. That honesty and leadership he gives is absolutely crucial.” 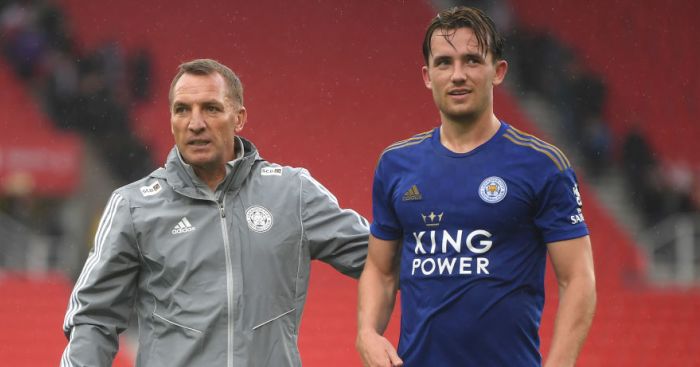 Frank Lampard is looking for a new left-back after failing to be won over by either Emerson Palmieri or Marcos Alonso. The pair look likely to move on this summer.

“I’ve said many times I am a fan of Chilwell. I like the way he carries himself,” Johnson told talkSPORT.

“You don’t really hear him unless it’s football related which I like. I think he’s the sort of player Lamps would connect with.

“I know Ashley Cole was irreplaceable, but in terms of a natural, solid left-back, they haven’t had one for a while. I think he’ll do very well.

“Alonso is a fantastic player, but I don’t think he’s a solid natural left-back.

“It’s a hefty price tag if there is any truth in that but if they can pull a deal off that they believe is reasonable. I think it’s a player they should try to get, yes.”

Werner’s arrival at Chelsea, meanwhile, will present a massive headache over another Blues star, as this pundit has suggested.

Atletico Madrid: Morata to fight for the No.9 spot

Thu Jun 18 , 2020
Atletico Madrid Diego Costa preferred at the moment J.P. URDIROZ For the first time since he arrived at Atletico Madrid, Alvaro Morata has lost his starting place. In the absence of Diego Costa for much of this season and the last, Morata has kept his spot in Diego Simeone’s team. However, […]