NorthEast United are set to encounter a favourable run of fixtures…

Since Khalid Jamil took over at NorthEast United, they have won three games in a row and recently held third-placed FC Goa to a draw to make it 22 points from 15 games.

The Highlanders, who now have the same tally of points as the two teams placed above them on the table, have emerged as one of the hot favourites to finish in the top four after Mumbai City and ATK Mohun Bagan.

Their chances looked slim after Gerard Nus was sacked following a run of seven matches without a win between December 8, 2020, and January 12, 2021. But the tables have turned on the results and since the appointment of Jamil, NorthEast United have impressed against all the current top three teams – Beating Mumbai City and ATK Mohun Bagan before holding FC Goa.

With five matches remaining in the league stage, the Highlanders have a fantastic opportunity to secure one of the top four spots. And their last five league fixtures have set them up for a fantastic finish at the business end of the season.

NorthEast United’s last five games are against Hyderabad, Odisha, Chennaiyin, East Bengal and Kerala Blasters. Four of those five opponents are languishing in the bottom half of the league table.

Odisha are at the bottom of the table and are going through a terrible run of form. Chennaiyin are eighth on the table and unable to finish their chances and score goals. East Bengal have just two wins so far this season. And Kerala Blasters have been highly inconsistent and are ninth on the table.

NorthEast United have the squad to keep playing well and qualify for the playoffs. Mid-season signing Deshorn Brown has three goals in four matches already and scoring was one of their major issues under Gerard Nus.

Federico Gallego seems to have hit top form at the right time and look menacing every time he gets on the ball. Luis Machado has what it takes to beat his marker and deliver the ball on a plate for the striker and in Ashutosh Mehta, they have one of the best full-backs in the ISL bombing up and down the right flank.

It is up to NorthEast now to make use of the business end of the season as they are set to face teams who would be the teams they would want to face during this period if they had a choice.

Sat Feb 6 , 2021
The legendary German also heaped praise on ‘Best Player in the World’ Robert Lewandowski… The versatile Joshua Kimmich is undoubtedly one of the most important players in Bayern Munich’s set-up.  The 25-year-old, who played a key role in Bayern Munich’s treble-winning 2019-20 season, will be looking to help the Bavarians […] 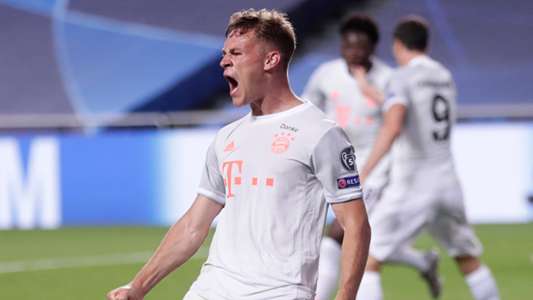