Over 45,000 people have lost their lives in the South American nation and clubs are far from happy after being told that football should resume

Two of Brazil’s biggest clubs have said that they will refuse to return to competitive action this week after Rio de Janeiro’s state football federation called for football to resume on June 18 pending government approval.

Botafogo and Fluminense, two of Rio’s ‘big four’, had been slated to take part in the Campeonato Carioca as the South American nation seeks to follow in the footsteps of other countries around the world that have taken to the pitch once again during the coronavirus pandemic.

Brazil’s Covid-19 death toll continues to rise, however, with reports stating that Tuesday saw a record increase in fatalities – 1,282 – taking the country’s overall total to over 45,000. In that respect, Brazil is the second-worst hit country in the world behind only the United States.

Following Rio’s state federation’s ruling, Botafogo president Nelson Mufarrej said the decision was “disconnected from reality” and that legal action will be taken on the grounds of health and safety.

“Unfortunately, the majority of clubs understand that this is the time to play games again, in spite of the chaotic scenes were living through right now,” Mufarrej said in a statement. “We’re against it.”

The club later said that they would begin training ahead of a potential restart in July. Indeed, director Carlos Montenegro told Radio Transamerica that the earliest Botafogo would consider playing their outstanding games would be on July 1 and 4.

Doing so would allow any currently infected players to recover from coronavirus, with reports in Brazil claiming that five of Botafogo’s squad have been training separately due to testing positive for Covid-19.

Fluminense, meanwhile, have fixtures scheduled on June 22 and June 24, but club chairman Mario Bittencourt said in his own statement that his players simply are not ready to take to the pitch and doing so would present huge risks to the squad.

He said: “The dates set for our games are unacceptable from the point of view of the health of our players and we won’t be taking the field, and we will look to take action in the sporting court to do what is right.”

Wed Jun 17 , 2020
Real Madrid Took tally to 67 against Eibar Sergio Ramos and Hazard Chema Rey Sergio Ramos burst through midfield, went on the attack and arrived at the edge of the box like a voracious centre forward. Eden Hazard must have wondered what on earth his captain was doing there, but he […] 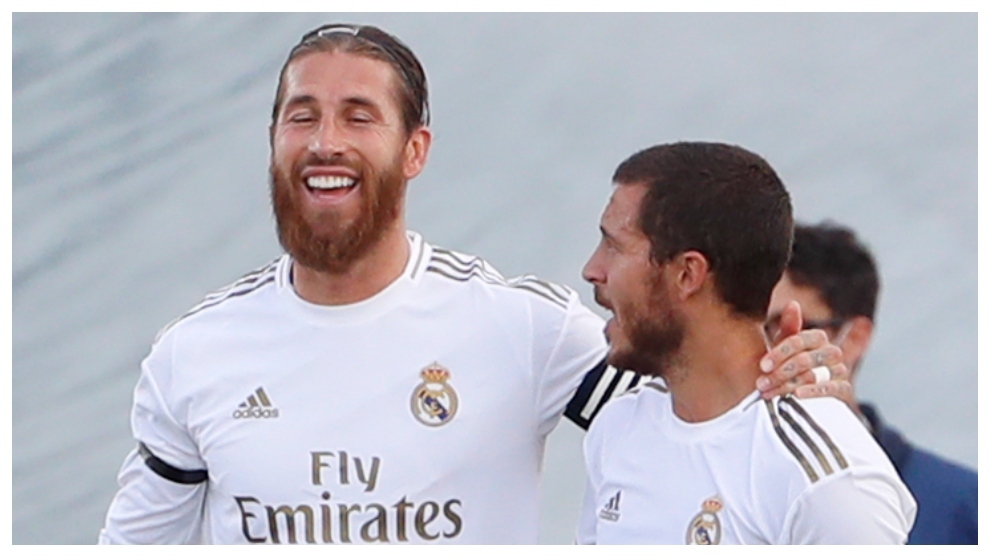