Borussia Dortmund are showing an interest in Ajax goalkeeper Andre Onana, who has just one year left on his current deal with the Dutch champions.

The 24-year-old is regarded as one of the top goalkeepers available in the summer market, with the Amsterdam club keen not to lose him for nothing in 2022 when his contract expires.

Chelsea, Tottenham and Barcelona have held an interest in the past but have yet to show any intent to enter the market for the Cameroon international this time around.

However, Dortmund are keen on a new goalkeeper and are understood to be tracking his progress.

They have yet to start any official talks with Ajax, but the Dutch giants are open to selling their No 1 if the price is right.

Roman Burki is Dortmund’s current first choice and has a contract until 2023, but the Signal Iduna Park club aren’t satisfied with some of his recent performances.

The German giant’s No 2 shot-stopper Marwin Hitz is currently between the sticks for Edin Terzic’s side, due to Burki sustaining a shoulder injury.

Hitz is out of contract in the summer and a replacement could come in to compete with Burki rather than completely replace him.

Onana has been at the Eredivisie team for six years, having previously come through the La Masia academy at Barcelona after being spotted at Samuel Eto’o’s academy.

The Eredivisie winner has expressed an interest in leaving to play at a higher level, including returning to cash-strapped Barcelona or playing in the Premier League.

“Don’t get me wrong, I am very happy with Ajax and I am very grateful to the club,” he told  AD  ahead of the 2020 summer transfer window.  “It was five great years here, but now my time has come to take a step. We made that appointment last year.

“I don’t yet know what will happen, but my ambitions and agreements are clear.”

His Ajax team are currently top of the Eredivisie with a seven point gap over PSV ahead of a home clash with Utrecht this weekend.

Dortmund meanwhile are well off the pace in the Bundesliga title race, currently in sixth, 13 points off leaders Bayern Munich.

Thu Feb 4 , 2021
The Gunners defender will now miss Saturday’s game at Aston Villa through suspension Arsenal have expressed their disappointment after they failed in their appeal to have David Luiz’s red card against Wolves rescinded. Luiz was sent off seconds before half-time at Molineux on Tuesday night following a collision with Wolves […] 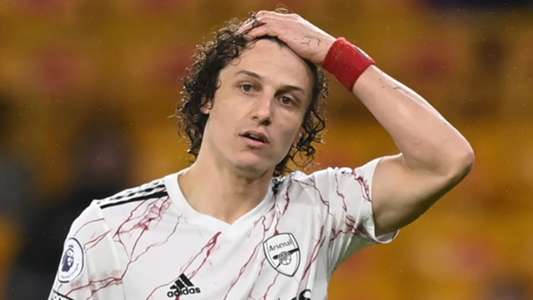