Former South Africa and Houston Dash assistant coach Shilene Booysen has been appointed as the head coach of the South Sudan senior women’s national team, on a two-year contract.

Booysen, who holds a Caf A License is no stranger to international football as she also worked as an assistant coach to Pauw at America’s National Women’s Soccer League side Houston Dash.

On landing her new role, the South African admitted the ambition and passion of the South Sudan Football Association in women’s football development lured her.

“When I saw what South Sudan was doing in terms of women’s football and the strategy the SSFA has put in place, and what they have done since putting it in place, everything that they have done made me excited and since then I have always wanted to be a part of something like this,” Booysen told the SSFA website.

“We are delighted to announce Shilene as the next head coach of the South Sudan Senior Women’s Football Team,” he affirmed.

“Our vision is to be number one and having a full-time head coach is part of our strategic plan. We want to give women on the senior women’s national team full-time training that is monitored, and we want to see the team competing at a high level soon.”

Commenting on the development, Jean Sseninde a Ugandan player-administrator, who doubles as SSFA women’s football consultant, lauded the achievements of Booysen, while backing her to excel.

“Shilene has plenty of international experience having worked in the National Women’s Soccer League as an assistant coach to Vera Pauw with Houston Dash and also with the South Africa senior women’s national team as a tactical assistant coach to Desiree Ellis,” she recounted.

“She has worked in high-pressure games in the Fifa Women’s World Cup and we fully believe her experiences, authenticity, commitment and understanding of our vision as SSFA will help us build a team that will challenge for regional and continental titles in the near future.”

With her new role, Booysen is expected to lead the Bright Starlets through some major campaigns, the Cecafa Women’s Cup and African Women’s Cup of Nations which double as the qualifying event for the 2023 Women’s World Cup.

Thu Feb 11 , 2021
The former defender believes both players are on the same level but that the Argentine is a trickier opponent due to his diminutive stature Former Germany international Arne Friedrich has said that it was more difficult for him to defend against Lionel Messi than it was against Cristiano Ronaldo. The […] 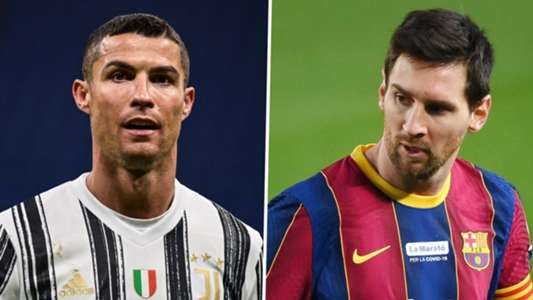