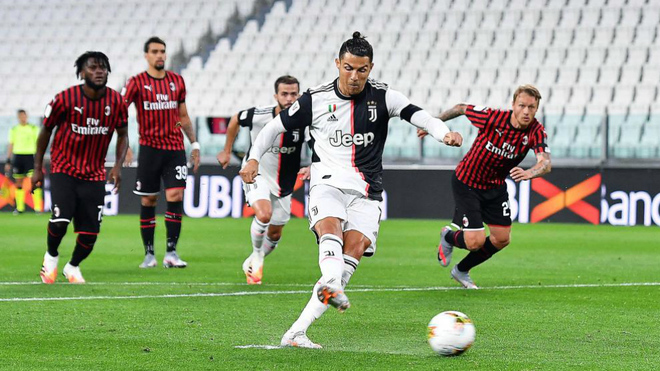 Leonardo Bonucci has leapt to the defence of teammate Cristiano Ronaldo after the Portuguese missed a penalty on Friday evening.

Juventus booked their place in the Coppa Italia final with a scoreless draw against AC Milan in Turin, but Ronaldo missed a chance to give the hosts the lead from 12 yards after a quarter of an hour.

“Even the greatest miss,” Bonucci told Rai Sport on the final whistle.

“Cristiano is always important for us.

“He increases the pressure on opponents’ defenders.

“He was unfortunate today and [AC Milan goalkeeper Gianluigi] Donnarumma did well.

“We’ll see a great Juventus and a great Ronaldo again.”

Bonucci went on to praise his former club and insisted that Juve are fully focused on Wednesday’s final in Rome.

“The important thing was to progress,” he added.

“Now our main goal is Wednesday.

“It was difficult, but we lacked something after starting well.

“AC Milan, as well, played very well despite having 10 men.”

Mike Conley reportedly not likely to get traded for Kevin Love

Fri Jun 12 , 2020
Photo: Alex Goodlett/Getty Images It is not likely for Mike Conley to get traded for Kevin Love, according to Tony Jones of The Athletic. Even though Conley was not so impressive in his first season with the Utah Jazz, he will most likely remain with the team for another season. […]