Simon Kjaer’s injury against Inter means that Chelsea loanee and England international Fikayo Tomori gets a first start for the visitors, while Zlatan Ibrahimovic – fresh from that dismissal – leads the line. Musa Barrow starts opposite for the hosts.

Sinisa Mihajlovic, in his second spell in charge of today’s hosts, knew just how to win Serie A as a player, but is yet to recapture those highs in the Emilia-Romagna region. Defeat against Juventus last time out leaves a relegation battle looming; points here would be a huge boon today.

Stefano Pioli’s side have looked near-impervious all term, but derby defeat to fellow title rivals Inter last time out in a fiery Coppa Italia clash has cut into their lead at the summit. Victory is the only way to assure they are still there at the end of the weekend.

Hello and welcome to live coverage of the 2020-21 Serie A season, as leaders Milan look to bounce back from only their second loss of the campaign against mid-table Bologna at Stadio Renato Dall’Ara.

Koeman says Barcelona not in a position to win trophies

Sat Jan 30 , 2021
Ronald Koeman has said expectations need to be reined in at Barcelona, claiming the Catalans are not in a position to win trophies at the moment. Barca have won four on the spin in La Liga, but they are 10 points adrift of leaders Atletico Madrid and will need to get […] 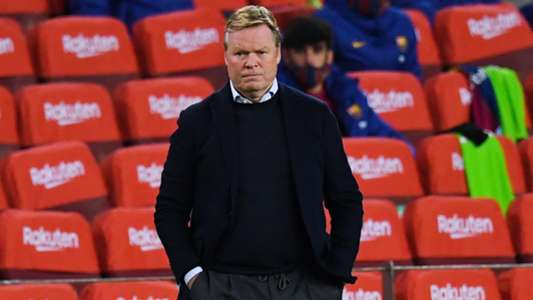