Having joined the Championship team from Everton, the DR Congo international is intent on helping the Boro return to the English top-flight

Yannick Bolasie has expressed his desire to help Middlesbrough return to where they belong.

He joined Neil Warnock’s men for the rest of the season having failed to command a regular place under Carlo Ancelotti at Goodison Park.

At the Riverside Stadium, he reunites with his former manager at Crystal Palace. Speaking to the club website upon his arrival at Boro, the 31-year-old hopes he can add an extra dimension in the club’s push for the English top-flight.

Bolasie revealed he is looking forward to getting going having previously come close to signing for the North Yorkshire based outfit.

“I’m delighted that this time it’s gone through and I’m just looking forward to coming in and helping the team.

“And I know where the club should be, so the main thing is to get it back there.

“We’ve got a good squad from what I’ve seen and obviously I know the manager really well – it’s a match.”

The former Anderlecht and Sporting Lisbon player also added that club manager Warnock played a role in his move, having enjoyed a healthy relationship with him during their time at Selhurst Park.

“100%! That has just been me throughout my career especially when he was at Crystal Palace, I knew my responsibility was on the field but he gave me that freedom which made me enjoy the game even more.

“For me, when he got onto the phone and told me to come and enjoy. I do feel that I have unfinished business in England.”

Bolasie has commenced training with the rest of his new teammates, and he could be in line to make his bow when Boro take on Daniel Farke’s Norwich City in their next league outing on Saturday.

The club, currently, sits in seventh position in the English second-tier after picking up 39 points from 26. Victory for them at Carrow Road would boost their promotion chances.

Thu Jan 28 , 2021
The Nigerian forward teamed up with the Saudi top-flight club on a permanent deal following the expiry of his contract at Molde Leke James is anticipating to start a new adventure in the Middle East after joining Saudi Pro League club Al Qadsiah on a free transfer. The 28-year-old penned a […] 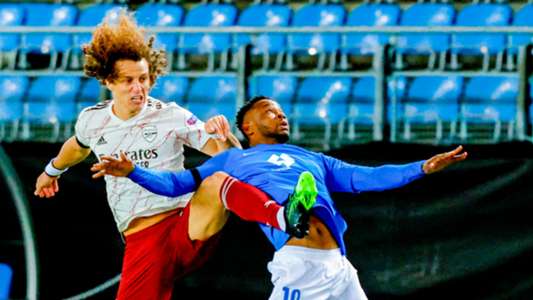