Jeremie Boga scored and provided an assist as Sassuolo secured a 2-1 victory over Genoa in Wednesday’s Serie A game.

The 24-year-old was handed his ninth league start and shone to help the Black and Greens bounce back to winning ways after suffering a heavy defeat against Atalanta in their first game of 2021 last weekend.

The Ivory Coast international played on the left wing behind Francesco Caputo, who led Sassuolo’s attack, along with Domenico Berardi and Filip Duricic.

Roberto De Zerbi’s men dominated proceedings in the opening minutes of the encounter but could not make their efforts count by finding the back of the net.

Boga then broke the deadlock in the 52nd minute, firing his strike beyond the reach of goalkeeper Mattia Perin after receiving a sumptuous assist from Manuel Locatelli.

Moments after the hour mark, Eldor Shomurodov levelled proceedings for the Red and Blues after receiving a fine assist from Paolo Ghiglione.

With seven minutes left to full-time, Boga helped his side to turn the game in their favour when he set up Giacomo Raspadori to score the match-winning goal.

The Ivory Coast international featured for the duration of the game in his 12th league appearance this season.

The forward has now scored two goals and provided two assists in the current campaign, amid other dazzling displays.

The victory is Sassuolo’s eighth this season which propelled them to the fourth spot on the league table after gathering 29 points from 16 matches.

Boga has been with the Mapei Stadium outfit since the summer of 2018 when he teamed up permanently with the club from Premier League side Chelsea.

The 24-year-old has found the back of the net 16 times in as many Serie A league games since joining the Black and Greens.

Boga will be expected to continue his fine performances when Sassuolo take on reigning champions Juventus in their next outing on January 10.

The forward has previously featured for the France youth team before pledging his international future to Ivory Coast.

He has only made one appearance for the West African country and will hope his impressive club performances will earn him a return to the national team.

Wed Jan 6 , 2021
The Colchoneros are flying high in La Liga, but a post-match comment on Wednesday suggested their coach’s future is far from certain Diego Simeone hinted at the idea he could leave Atletico Madrid at the end of the season after their awful Copa del Rey defeat to third-tier Cornella. Simeone’s […] 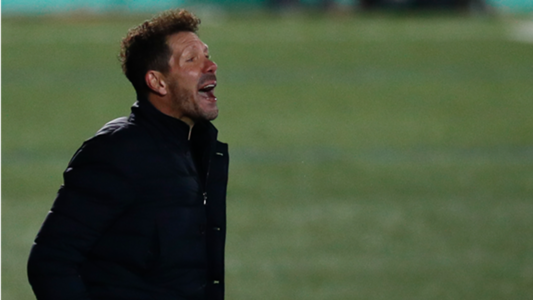