The new Argentine season begins this weekend with a number of big clashes, among them Gimnasia’s visit to the Bombonera

How to watch Boca vs Gimnasia

Boca performed a clean sweep in domestic competition over 2020 with league and cup wins, and once more start out as one of the favourites in this new tournament.

That success, though, was overshadowed by a disappointing exit from the Copa Libertadores at the hands of Santos, extending the club’s drought to 14 years.

The pressure is on to perform at continental level, but Boca will also be expected to reach the latter stages of this Copa as a bare minimum.

Gimnasia’s 2020 campaign was overshadowed by the death of coach Diego Maradona, which provoked worldwide mourning for the Argentina legend.

But the Lobo nevertheless fought through to the latter stages of the Copa Maradona, finishing third in their final group to narrowly miss out on a place in the decider.

Boca will give Jorman Campuzano a little more time to recover from a niggling injury problem, with the Colombian left out of coach Miguel Angel Russo’s squad.

Leandro Martini and Mariano Messera, who took over the Gimnasia job on an interim basis in November after Maradona’s passing, are now permanent appointments, and will start Nelson Insfran in goal against Boca following the exit of Jorge Broun to Rosario Central.

Sun Feb 14 , 2021
The Algeria international opened his goal account for the Pythagoreans, albeit, they lost at home to the visiting Black and Greens Adam Ounas scored his first goal for Crotone in Sunday’s 2-1 Italian top-flight defeat to Sassuolo. Having parted ways with Cagliari in January 2021 due to a lack of […] 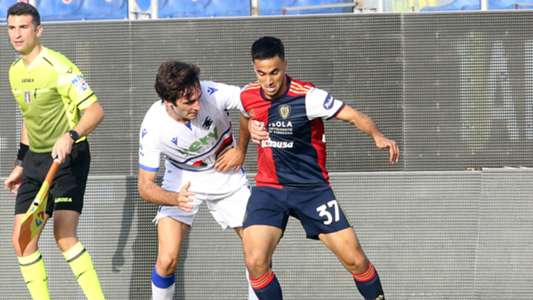