Yanga SC have suffered a huge blow in their quest to win the Mainland Premier League title after losing striker Saidi Ntibazonkiza for one month.

The Jangwani giants signed the Burundian star during the mid-season transfer window and despite their plans to have him push the team to the title, they have now confirmed he will be out due to a hamstring injury picked during the Mapinduzi Cup on January 13.

During the tournament held in Zanzibar, Ntibazonkiza was the star for Yanga as they beat rivals Simba SC 4-3 on penalties, with the striker notching the decisive penalty.

Yanga Media Officer Antonio Nugaza has confirmed the injury to Sokalabongo by stating: “Basically people need to realise a player always uses his feet to make sure he plays, so if he is in pain, he needs a long time to treat himself especially for injuries like Saidi [Ntibazonkiza], who is suffering from swelling in the thigh and waist joints where they are often treated using radiation.

“He says he is feeling better at the moment, he should have been sidelined for two months, but he hopes to return to the field within a month.”

Meanwhile, Mbeya City coach Mathias Lule has blamed the referee for the team’s 1-1 draw against Yanga in a league match played on Saturday.

According to Lule, the goal scored by Deus Kaseke in the 85th minute did not deserve to stand because it did not cross the line.

“At first we were not playing well in the first few minutes especially for the players failing to follow instructions but later they were able to get back into the game,” Lule explained as quoted by Sokalabongo.

“As for the goal we conceded, I can’t talk about it because if a referee decides it’s a goal you can’t change his decision for us but if you ask me the ball did not cross the line, from my point of view, it was not a goal.”

Despite the draw, Yanga remained top of the 18-team league table with 45 points from 19 matches, while rivals Simba SC, who were on duty in the Caf Champions League, are second with 39 points from 17 matches. 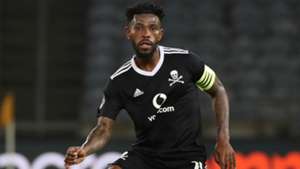