Azam FC have suffered a huge blow after their midfielder Frank Domayo was ruled out for one month.

The star player picked a hamstring injury during the team’s friendly against TP Mazembe of the Democratic Republic of the Congo which was played at Chamazi Stadium and ended in a 1-1 draw.

He was pulled out of the match and was not in action as Azam resumed their Mainland Premier League fixtures with a 2-2 draw against champions Simba SC at Benjamin Mkapa Stadium on Sunday.

Azam media officer Thabiti Zakaria has confirmed the player will miss action for one month as he undergoes treatment.

“Domayo will be out for a month with a leg injury sustained in our friendly game against TP Mazembe,” Zakaria said as quoted by Sokalabongo.

“He is one of the most talented players in Azam’s squad due to the way he has been serving the team on and off the field and I must accept we will miss his services.

“As a club, we wish him a quick recovery and hope he returns as scheduled to play the remaining matches in the league and the domestic Cup.”

The injury of Domayo comes just a few weeks after the team welcomed back striker Prince Dube also from a long injury layoff.

The Zimbabwean forward had injured his left hand and was forced to undergo an operation in South Africa keeping him out for the most part of the first round.

However, Dube has already returned and was in action during the entertaining match against Simba, which saw Azam come from a goal down to reach a 2-1 scoreline before Simba levelled the scores for a 2-2 draw.

Meanwhile, Zakaria has revisited the team’s draw against Simba by insisting they were the best team during the match and deserved to beat the champions.

“In the five matches they [Simba] have beaten us, I can say only one of them they won legitimately and that is the domestic Cup defeat which in general we were not good at all, the other one of Mapinduzi Cup, they won through penalties and we know not everyone is good at penalties,” Zakaria told the same online.

“And the other three matches, Simba were helped by the referees to beat us, but on Sunday we scored a goal which was disallowed, it was our day to beat them and they should be happy they managed a draw.”

Tue Feb 9 , 2021
The Slum Boys have now played eight games in the Kenyan top-tier, managed to get two wins, as many draws, and four losses Mathare United head coach Salim Ali is satisfied with the performance his team made in the 1-0 win over Nzoia Sugar in the Football Kenya Federation Premier […] 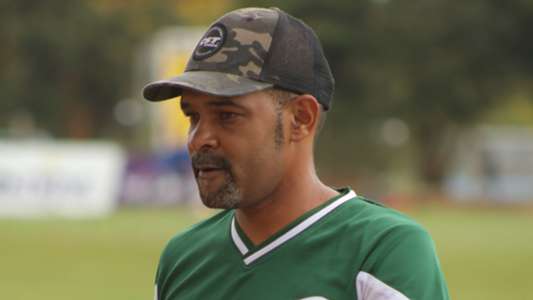