SuperSport United keep the heat on Mamelodi Sundowns, Chippa United fight back in the PSL

Thamsanqa Gabuza struck late at the Lucas Moripe Stadium on Saturday evening to hand SuperSport United a 2-1 league win over Cape Town City, while in the Free State, Chippa United came from a goal down to claim a 1-1 draw against 10-man Bloemfontein Celtic.

Ghampani Lungu, who had missed a fifth-minute header, put Matsatsantsa ahead in the 23rd minute with a finish from a few metres out after an excellent bit of work by Evans Rusike, the man charged by SuperSport CEO Stanley Matthews this week to score more goals.

The Cape club was close to restoring parity on 40 minutes when Nduduzo Mdantsane went close with a curling shot.

It was City who were to score next, as Bradley Ralani levelled matters two minutes after the interval with a brilliant 18-yard shot into the top corner before being denied a second by SuperSport keeper Ronwen Williams two minutes later.

Having survived an onslaught from the Citizens, SuperSport reclaimed the advantage when Thamsanqa Gabuza headed Bradley Grobler’s 80th flick-on into the back of the net.

Williams was forced into a couple of superb late saves which enabled the Tshwane side to make it to the final whistle after a frenetic final 10 minutes, to move within two points of log leaders Mamelodi Sundowns.

Meanwhile, at the Dr Molemela Stadium, Phunya Sele Sele were forced to share the spoils despite arguably having the better of the game against Chippa United, although the point earned was enough to lift them into the top eight bracket.

With captain Ndumiso Mabena injured, Lucky Baloyi was given the armband for Celtic and he was to assist in his side taking the lead after he won a penalty following a foul by Mduduzi Sibeko in the 10th minute.

Victor Letsoalo took the spot-kick duties and sent goalkeeper Ayanda Mtshali the wrong way to put the hosts in front.

Chippa tried to hit back but home keeper Sipho Chaine was up to the task as he did well to deny Andile Mbenyane from close range.

The Free State side’s job was made harder when Tshepo Rikhotso was dismissed in the 44th minute after a clumsy foul on Anthony Laffor.

The Chilli Boys started the second half on the front foot and got their equaliser when Bienvenu Eva Nga scored with a close-range effort in the 73rd minute after a fantastic delivery from Riaan Hanamub.

Sat Feb 13 , 2021
The legendary former Gunners boss has admitted to putting lucrative offers to the Leicester striker, only to see his advances rebuffed Arsene Wenger admits to having “offered a lot of money” to take Jamie Vardy to Arsenal in 2016, but his advances were rebuffed and the Gunners missed out on […] 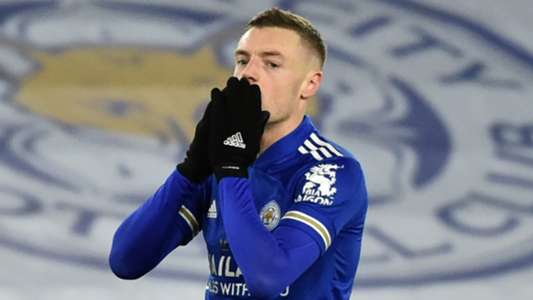