Despite media reports that Phunya Sele Sele could be sold to a new owner, a local businessman provided an update on the club’s future

Following media reports that Bloemfontein Celtic was set to be sold to TS Galaxy owner Tim Sukazi, Free State businessman Lebo Mokoena has confirmed the club will remain in the City of Roses.

Mokoena said everything is finalized and that he did everything in his power to ensure Phunya Sele Sele remained in the province, but the deal is yet to be officially announced.

On the other hand, the Pietermaritzburg-based businessman explained he has always been linked with Siwelele and he also attended their annual general meetings as a young boy.

“The team is in Bloemfontein. It will be staying there but there are few final details that we need to finish [before it can be official that the team is staying in Bloemfontein],” Mokoena told IOL.

“Yes [I’ve done everything in my power to ensure that the team stays in Bloemfontein].

“Everything is final, it is just one thing [that we need to seal and everything will be official]. The team is safe.”

Although he is based in KwaZulu-Natal, as the owner of Mokoena Group operating in the Umsunduzi area and surroundings, his roots are in the City of Roses.

“Originally, I’m from Bloemfontein. Having been born there gives me the understanding and the importance of this team in Bloemfontein. At the age of 10, I was attending AGM meetings of this club,” he continued.

The news of the club staying put in the Free State province comes after Sukazi recently explained that any chairman in the National First Division (NFD) would be interested in buying Premier Soccer League (PSL) status and that he was planning to relocate the team to Mpumalanga.

On the other hand, Sukazi recently told Ikwekwezi FM that he has had talks with Celtic over a proposed sale, saying he would be announcing to the people if KwaNdebele that he has secured a PSL club.

Meanwhile, in the midst of their financial struggles, coach Lehlohonolo Seema has done well during the 2019/20 season as they sit eighth on the table.

Just before the season was halted because of the coronavirus pandemic in March, Celtic managed to reach the semi-finals of the Nedbank Cup and are set to face Baroka for a place in the final.

Sun Jun 14 , 2020
Martin Braithwaite said he was “really happy” to notch his first goal for Barcelona as they returned from the COVID-19 suspension in style Martin Braithwaite is hoping to answer Barcelona’s SOS with goals that carry Quique Setien’s team all the way to trophy glory after opening his account. The Danish […] 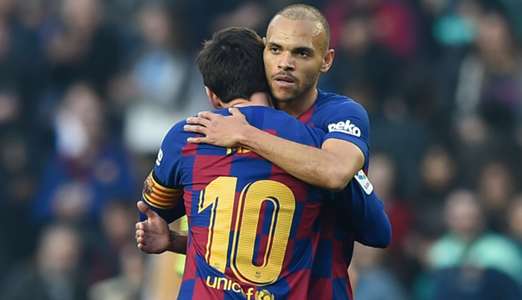