The Detroit Pistons star Blake Griffin has been limited to just 18 games this season, as he faced several knee issues during the year.

The Pistons decided to go on full “rebuild mode”, after trading Andre Drummond and Reggie Jackson. With that in mind, Griffin’s future may not be in Detroit next season.

Despite that, the former Clippers star is not thinking so far ahead, as he prepares for the next season rehabbing from knee surgery.

“I’m on the Detroit Pistons and doing everything I can to prepare to play for them and win games,” Griffin said, per Michigan Live. “But as far as what we do in the off-season, what we do next year, that’s going to be up to them, so whenever the time is right, we’ll have that conversation.”

Griffin, the veteran leader of a young Detroit Pistons team, said he is feeling great after several seasons with various injury issues.

“Basketball in general always gets me excited, and I’ll be ready,” Griffin noted. “We have a lot of decisions to make this summer and a lot of changes will probably be made. I look forward to that and look forward to whatever role they ask me to play.”

Fri Jun 12 , 2020
The former Arsenal boss doesn’t believe the Catalans need more fire power but can’t see them resisting the temptation to add to their stocks Arsene Wenger is “convinced” Barcelona will sign another forward despite expecting improvement from Antoine Griezmann. Griezmann has struggled to hit top form in his first season […] 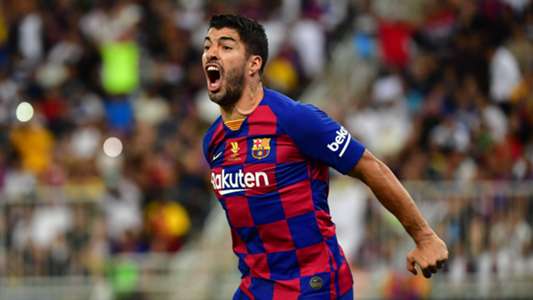