Yves Bissouma has been announced as the winner of Brighton and Hove Albion’s Goal of the Month award for January.

The Mali international scored a wondergoal in the encounter to help the Seagulls progress in the competition.

Bissouma opened the scoring at the American Express Community Stadium, firing home a long-range effort after he was set up by Steven Alzate.

The midfielder’s effort has now been adjudged the best strike from any Brighton player in the month under review and has been rewarded accordingly.

🚀 Biss wins January Goal of the Month with this 𝗿𝗼𝗰𝗸𝗲𝘁!

Bissouma has made 23 appearances for Tony Bloom’s men across all competitions this season, scoring two goals.

The midfielder will hope to continue his impressive performances when Brighton take on Leicester City in Wednesday’s FA Cup tie.

The 24-year-old will be expected to face Nigeria international Wilfred Ndidi in a midfield battle in the encounter.

The Super Eagles midfielder has been out of action since January 27 when he suffered a hamstring injury against Everton.

“Wilf will be back for Wednesday. We were thinking about this game but we just felt we didn’t want to risk him [against Wolves],” Rodgers told Leicester Live.

“He’s had a couple of really good days of training and he should be fit and ready for Wednesday.”

Bissouma has been with Brighton since the summer of 2018 when he teamed up with the club from French side Lille.

The midfielder has recently been linked to a number of Premier clubs following his impressive performances for the Seagulls this season but will be expected to see out his five-year contract with the club.

Tue Feb 9 , 2021
The Argentine has admitted that his “time in English football wasn’t the best” but he still looks back on his short career at Old Trafford fondly Juan Sebastian Veron has insisted that he harbours no regrets over his ill-fated spell at Manchester United, having “found an extraordinary club” after deciding […] 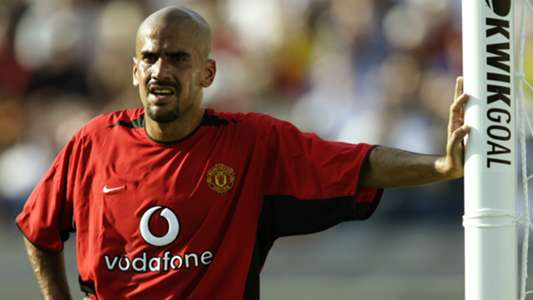