Former World No. 19 Ilana Kloss spoke about her partner and tennis legend Billie Jean King being her inspiration, in a column for the WTA Tour website.

Kloss says, “She was a serve-and-volleyer and she was all-in.

That’s something I’ve seen her be throughout her life – everything she takes on is 100%. In my mind, the great champions are those who inspire others – who are not only good at what they do, but in using their platform to help others.

Billie’s philosophy in life is to try to make people the best they can be. That was the case when we were playing – in the ’70s, we would practice with each other and help each other, as we didn’t have hitting partners, but then go out and compete.

Billie had no issue making you better, because she wanted to beat you at your best. Kloss says the American legend is always working to uplift others and loves being part of a team. “I call her the People’s Champion.

She has this deep sense that everyone should be given an opportunity, and to have a seat at the table. It’s about sharing with others, too, which is why she’s such a big believer in everything team-related. She loves being part of a team because she wants to uplift others, so that they can have a shared experience.

Obviously she was incredibly competitive and loved singles, but if you ask her, she took the most joy from playing doubles – and it’s because of this need she has to connect with others. And yet it is ironic, because as a leader you are pushed forward.

At times she has felt lonely as a leader but the joy that comes from making it better for everyone, I think, is what guides her on and off the court.” Kloss says BIllie Jean is not done yet and wants to continue to work on equality.

“She definitely feels like she’s running out of time, like she’s in the final set, and she still feels there’s so much work to be done on equality. Look at what’s going on with Covid-19 – there are these deep inequalities that still exist and have been magnified by the crisis.

The Black Lives Matter protests bring this home as well. The past two weeks have been filled with so many emotions – anger, despair and some hope. When people start thanking Billie for everything she’s done, she says, I’m not done yet.

She is still committed to doing great things, and I feel a deep sense of honor and privilege to be by her side. Billie Jean King is a former World No. 1 tennis player and won 39 Grand Slam titles: 12 in singles, 16 in women’s doubles, and 11 in mixed doubles.

Tue Jun 16 , 2020
LaLiga More than 4.5 million viewers for Matchday 28 JOSE ANTONIO SANZ Matchday 28 of LaLiga Santander came to an end last Sunday with a 12.63 percent rise in viewership in Spain compared to the season’s first round of fixtures. LaLiga Santander may have returned behind closed doors but 4.58 million […] 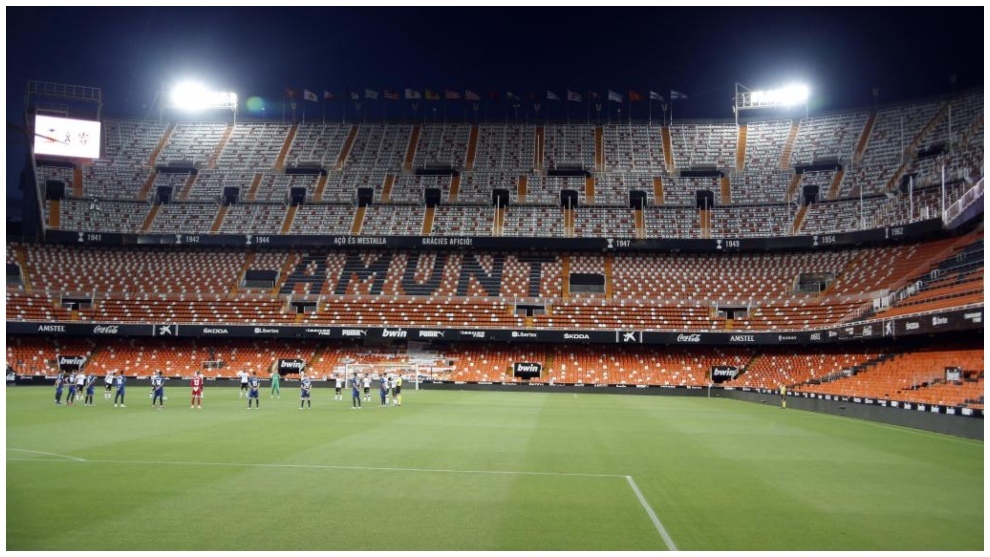