The enigmatic South American is yet to decide what his long-term future will hold, but he continues to catch the eye in the Premier League

Marcelo Bielsa has Leeds United operating at “150 per cent” of their capacity, claims Mateusz Klich, with the Whites waiting to discover whether their enigmatic boss will be signing a new contract.

An entertaining side from Elland Road have taken the Premier League by storm this season, with their unique brand of football winning plenty of admirers.

Bielsa has enhanced his reputation across a productive spell in English football, but questions continue to be asked of his future.

“We seem like we can play to 150 per cent of our capacity (because of Bielsa), because we have all played the best football in our lives and we are all in the best physical condition,” Klich has told reporters ahead of a meeting with Crystal Palace on Monday.

The Poland international has added on his experience at Elland Road, having been snapped up from FC Twente in 2017: “The first season wasn’t great, but then Marcelo Bielsa came in as manager and the rest is history.”

How long is Bielsa’s contract?

The 65-year-old tactician has been working on one-year deals throughout his time at Leeds.

The latest of those was signed last summer and will expire when the 2020-21 campaign comes to a close.

Long-term thinking has never been part of Bielsa’s makeup, with there a desire on his part to never get too comfortable and to ensure that he always has a challenge to take on.

Leeds have presented him with that, but he has already delivered on his remit by guiding the Whites back into the Premier League for the first time in 16 years.

Bielsa’s high-energy approach has delivered rich rewards for Leeds, with promotion secured under his guidance in 2019-20 at the second time of asking.

His side have been full of goals in the current campaign, with only the top five proving to be more productive in the final third, but leaks have sprung at the back – with only second-from-bottom West Brom conceding more goals.

The Whites want to maintain their recent momentum by tying a highly-rated coach to fresh terms, but his career history suggests that a decision will not be made until the summer.

Mon Feb 8 , 2021
The Argentine winger limped off in the early stages of the 2-0 victory at Stade Velodrome, and could now face a spell on the sidelines Mauricio Pochettino gave an update on Angel Di Maria’s injury after seeing Paris Saint-Germain beat Marseille on Sunday. PSG ran out 2-0 winners at Stade […] 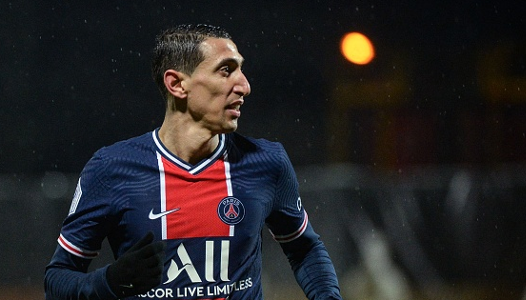