The Clever Boys hitman speaks out about the club’s sale to the NFD outfit, saying it breaks his heart

Bidvest Wits striker Mxolisi Macuphu says it is sad to discover that the club has been sold to Tshakhuma Tsha Madzivhandila (TTM) owner Masala Mulaudzi, but there is nothing they can do as players.

The Students hitman added the players are still not informed by the club on the purchase, saying they hope to hear everything in a meeting.

Although the National First Division (NFD) outfit is set to campaign in the Premier Soccer League (PSL) next season, the former Jomo Cosmos player says his contract is set to expire at the end of the current campaign.

“It’s sad obviously but I guess that doesn’t matter now. Bidvest is a big company. So, it was a business decision that had to be done – so it’s done,” Macuphu told Goal.

“We haven’t been told anything as to this point but the signs are there. I mean TTM posted on their official website we will be having a meeting soon. So, I guess I will know everything at that meeting.

“My contract had an option but with all things stand, I’m free after the end of the season.”

In addition, following the sale of the Clever Boys, the latest developments mean Bidvest Wits will no longer exist beyond the current season unless their management buys a PSL or NFD status from another club.

As things stand, Wits’ management cannot take the NFD status of TTM as Mulaudzi has already confirmed selling his club’s status to an unnamed Limpopo-based businessman.

Macuphu joins several high-profile players from the current Wits squad such as Thulani Hlatshwayo, Buhle Mkhwanazi, Gift Motupa and Deon Hotto that are expected to jump ship ahead of the upcoming term.

Having spent a loan stint with SuperSport United, the Katlehong-born striker could be available to join a club of his choice should the new owners decide against exercising an option on the existing contract.

Meanwhile, Matsatsantsa CEO Stan Matthews has reportedly confirmed that they are interested in landing the former Ezenkosi forward as negotiations are going on.

Sun Jun 14 , 2020
The South Africa youth international shares memories of his parent club as he hopes to return to the Ligue 1 outfit Former Orlando Pirates striker Lyle Foster says he is encouraged by Monaco’s close monitoring of his progress while out on loan at Belgian First Division A side Cercle Brugge. […] 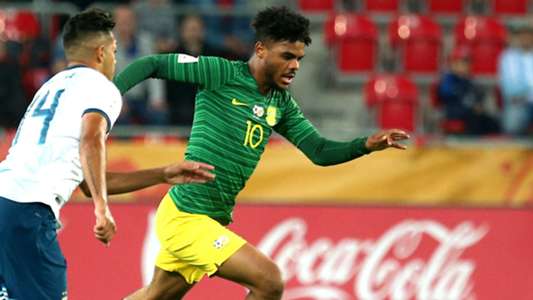