Bernard Mensah scored a stunning free-kick as Kayserispor’s only goal in their 2-1 defeat against Fenerbahce in a Turkish Super Lig match on Friday.

After a goalless first-half in Istanbul, the Ghana international stepped forward to take a free-kick just before the hour-mark and he fired Kayserispor ahead with his right-footed shot placed to the top corner.

The 59th-minute strike gave Kayserispor a glimpse of hope in their relegation battle until two late goals from Fenerbahce condemned them to defeat.

Vedat Muriqi cancelled out Mensah’s opener in the 87th minute and Luiz Gustavo scored the match-winning goal for Fenerbahce in less than a minute.

Mensah and Ivory Coast’s Brice Dja Djedje were on parade from start to finish for Kayserispor but the Ghanaian was shown a yellow card in the 82nd minute while Guinean centre-back Simon Falette played the whole duration for Fenerbahce.

Mensah joined the Anatolian Star on a three-year deal last summer after his successful loan from Atletico Madrid in the 2018-19 campaign.

The 25-year-old has contributed four goals and eight assists in 21 league appearances so far this season.

Earlier this year, Kayserispor suspended Mensah from the first team due to disciplinary issues, but he has got over the event with all four of his goals coming after the suspension.

He made a goalscoring international debut for Ghana during an international friendly match against Togo in June 2015, and he went on to play two other games that year – against Congo and Canada in September and October respectively.

Meanwhile, Mensah is yet to feature for the Black Stars since 2015.

Kayserispor are rooted to the bottom of the Turkish Super Lig table with 22 points after 27 games.

Mensah will look forward to helping Robert Prosinecki’s men when they host Genclerbirligi at the Kadir Has Stadium for their next league match on June 20.

Fri Jun 12 , 2020
”Sports have always been a very powerful tool for social change.” The tenth episode of Tennis United features a powerful discussion between James Blake and Martina Navratilova about equality in tennis. “Younger people are starting to lead the way… about having inclusivity and being together and Tennis United is a […] 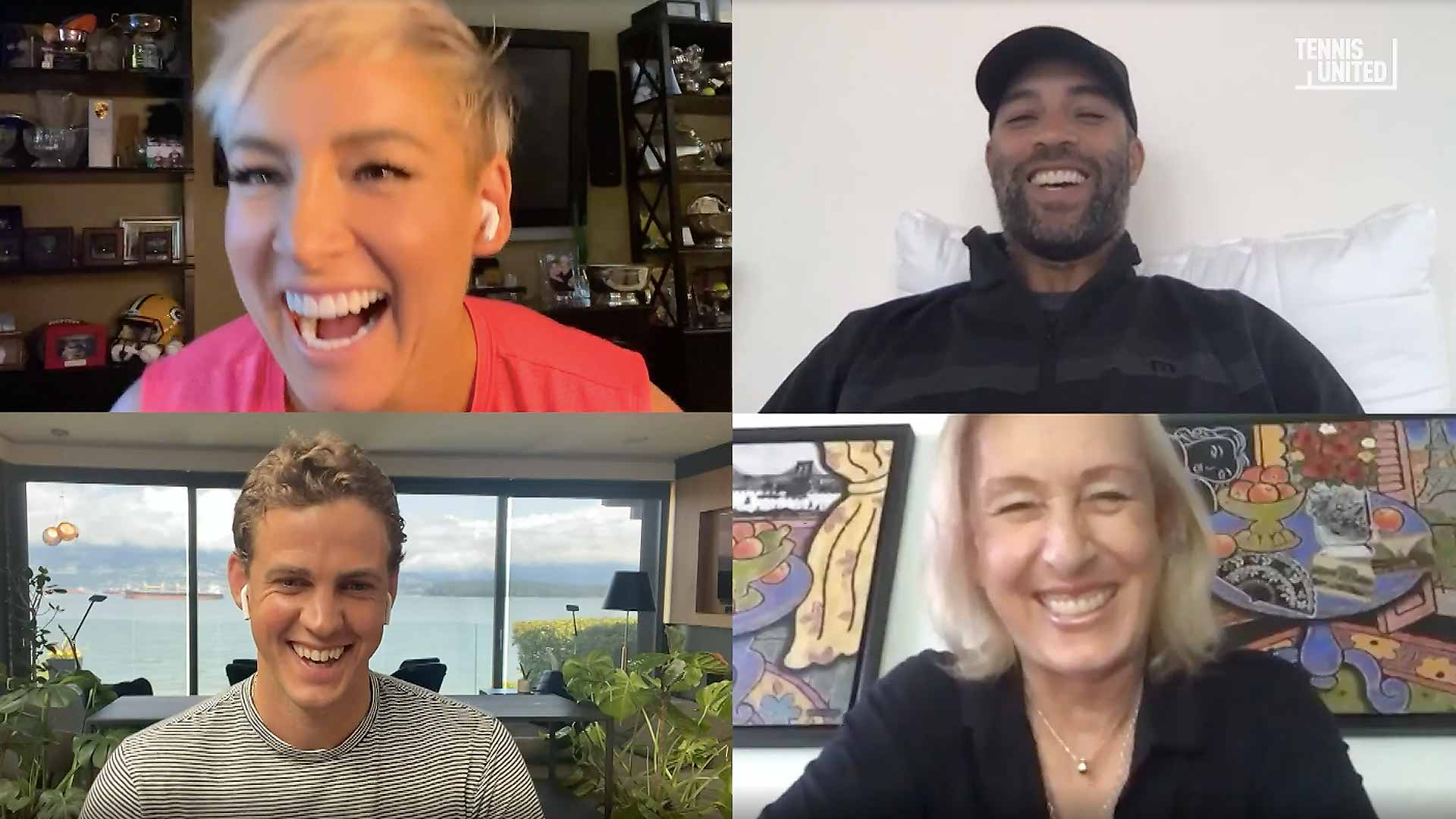