The 27-year-old teamed up with Karim Belhocine’s men in the summer of 2020 from rivals Zulte Waregem on a season-long loan with an option t buy.

The forward moved to Belgium in 2019 after ending his stay with Stoke City, where he endured a torrid time with the Championship club.

The Burundi international was handed his 14th appearance since teaming up with Charleroi but did not impress in the outing, turning the ball into his own net to condemn his side to defeat.

The Zebras started the game on a flying note when Shamar Nicholson opened the scoring few seconds into the encounter.

Roman Bezus then levelled proceedings in the 74th and Vadis Odjidja-Ofoe gave Gent the lead for the first time in the match seven minutes later.

Berahino was introduced into the match in the 83rr minute for Senegalese forward Mamadou Fall and went straight into the game to score an own goal.

Charleroi’s campaign in the competition, thus, came to an abrupt end following the defeat and will hope to return to winning ways in their next league game against Club Brugge on Sunday.

Berahino has scored four goals and provided one assist in 21 appearances across all competitions this season.

The forward will hope to continue his stay beyond the 2020-21 campaign with the Stade du Pays de Charleroi’s outfit.

Berahino had previously played for West Bromwich Albion before he joined Stoke City in January 2017.

The versatile forward remains a key member of Burundi national team and has been featuring consistently for the side.

Berahino has made 12 appearances for the Swallows and will be expected to feature in their last 2022 Africa Cup of Nations qualifiers in March.

Thu Feb 11 , 2021
Hansi Flick’s side have become only the second side in European football history to hold all six top-level titles available to them Bayern Munich have cemented their place in footballing history, matching Pep Guardiola’s Barcelona to win a historic sextuple. Benjamin Pavard scored the only goal of the game on […] 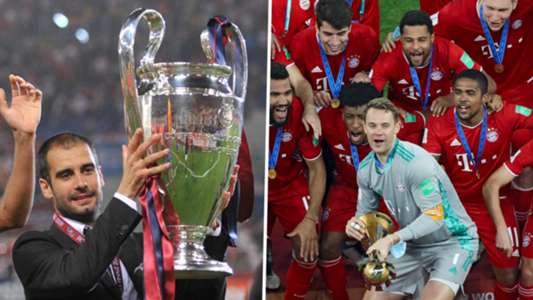