Nabil Bentaleb has called on his Schalke 04 teammates to work on always getting the ball into opposition area if they want to end their winless Bundesliga streak.

Schalke 04 have only won a league match this campaign – a 4-0 victory over Hoffenheim – with nine points after 21 matches.

On Saturday, Bentaleb returned to action after serving almost three-month suspension from first-team, and he produced an impressive performance in their goalless draw against Taiwo Awoniyi’s Union Berlin.

The Algeria midfielder complained of fatigue after 64 minutes of action and he also hinted his teammates on how to score goals after they played 180 minutes of football in the Bundesliga without finding the back of the net.

“After just under an hour, my legs started getting heavier. I’ll work hard in the coming days and do some extra work,” Bentaleb told the club website.

Next up for Schalke 04 is the Revierderby against Borussia Dortmund on February 20 and Bentaleb is anticipating a ‘very special’ encounter at the Veltins-Arena.

“I’ve already had the chance to play in a few derbies. These games are always very special and anything can happen,” he added.

Meanwhile, coach Christian Gross was full of praise for Bentaleb’s contribution in the middle of the park and he is ready to help him attain match fitness.

“The first half gives us hope. Nabil was a bright spark, but obviously he is still lacking match practice and fitness. What is clear, however, is that he has not played for the last two months,” Gross said.

Estudiantes vs River Plate: How to watch Liga Argentina matches

Sun Feb 14 , 2021
Marcelo Gallardo’s charge kick off their Copa Liga Profesional campaign in La Plata Argentine football begins its program for 2021 with the playing of the Copa Liga Profesional. All games are live streamed on Fanatiz and you can sign up to watch free here. Boca was crowned 2019-20 league champions in […] 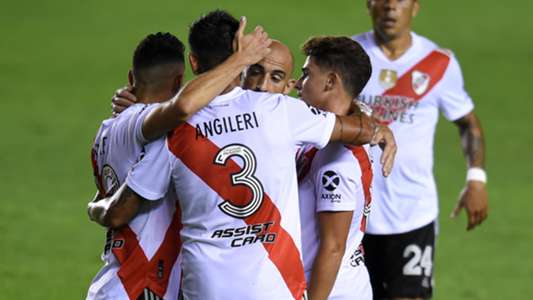