The Bengaluru boss revealed that Rahul Bheke’s injury is serious…

Bengaluru succumbed to their sixth defeat of the ongoing Indian Super League (ISL) season following a 0-2 result against ATK Mohun Bagan on Tuesday.

The Blues boss Naushad Moosa was visibly disappointed after the result and suggested that his team was doing well until they gave away the penalty which changed the complexion of the game.

“The way we started the game, we were really doing well till the water break. Then that penalty happened and the players lost the motivation and then you can see the frustrations, giving unnecessary fouls. We could have controlled that,” said Moosa.

It is always difficult when you are playing against a team like ATK Mohun Bagan who are so strong in defence and they have quality players. When you are two goals down and you have to score another two goals it is difficult. The way we started, it was really nice. The idea was to stay calm and keep the ball and we were doing that. In the second half, we did try but things did not work out in our favour,” the Bengaluru manager added.

Moosa also explained why Kristian Opseth started and Spanish midfielder Xisco Hernandez once again came on as a substitute in the second half.

“If you see Xisco (Hernandez), he is still not match fit. We need more time with him. In the beginning, our choice was to play (Kristian) Opseth since I have no one upfront. On the left, there was a problem so I preferred Sunil (Chhetri) there because they have Manvir (Singh) on the flanks and it helped,” opined Moosa.

The coach has not given up hopes on making it to the play-offs hope as he suggested that the team needs to remain positive and win their remaining fixtures.

“It (play-offs) all depends on the other games. The only thing is we have to be positive and play good football in the rest of the games,” said the Blues coach.

The former Air India coach revealed that right-back Rahul Bheke could be out of action for quite some time as his injury, which he suffered during the match, looked serious.

“We have a week’s break now. We are playing close games. So we need to get good rest and think about the Mumbai City game. Rahul’s (Bheke) injury, I guess it is serious and we have to sit and think about it.”

Tue Feb 9 , 2021
The Amakhosi goal-minder has finally returned to the squad for the first time this year after a long spell on the sidelines Kaizer Chiefs coach Gavin Hunt has included goalkeeper Itumeleng Khune in the 18-man travelling squad to Morocco for Saturday’s Caf Champions League Group C clash against Wydad Casablanca. Since […] 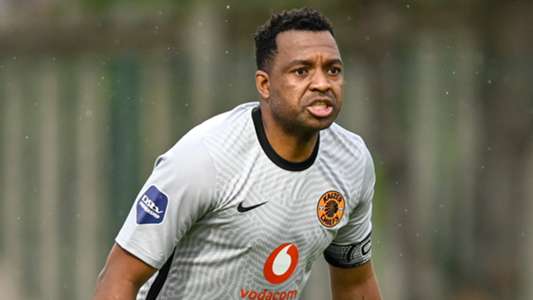