Express FC coach Wasswa Bbosa has maintained their main target is to move top of the Ugandan Premier League table after picking their first away win against URA FC on Sunday.

The Red Eagles scored through forward George Senkaaba, who was making his first start this season, to sink the Taxmen at the Arena of Visions in Ndejje.

The win has now left coach Bbosa believing their target of moving top of the table is still in sight and also promised to rectify a few mistakes he spotted against URA before their next league match.

“We prepared well, the boys knew we had to avoid conceding in set pieces like was the norm in other matches,” Bbosa told the club’s official website after the match.

“We had a few mistakes but we’re going back to correct them, the target remains going top of the table, we have KCCA FC next but we respect them and we shall prepare to get maximum points.”

On his part, goal hero Senkaaba lauded his teammates for their efforts to pick an away win.

“I would like to thank my fellow players, fans and the technical team for the away win,” Senkaaba told the club’s official website after the game. “As we promised you our fans, this is just the beginning.

“We shall win game by game, as a player, I am happy for this goal, it has been a team effort and it helped me have confidence, I now urge the fans to buy season tickets so that they can support us in our next game against [KCCA].”

During the contest, the Red Eagles started brightly with Senkaaba running down URA’s backline but was unsuccessful not to find the back of the net in the opening eight minutes.

After taking the lead, the Red Eagles continued to press, looking to double their advantage and winger Charles Musiige would have scored in the 35th minute but his effort went agonizingly wide of the far post.

The win pushed Express to position four of the 16-team league table with 12 points from six matches.

Mon Feb 15 , 2021
The tournament involved eight media houses with an aim of creating good working relations Goal Kenya’s bid to win the LaLiga Media seven-a-side tournament came to an immature end after falling in the semi-finals to eventual winners Capital FM at Goan Institute.  The tournament, which included seven other media houses […] 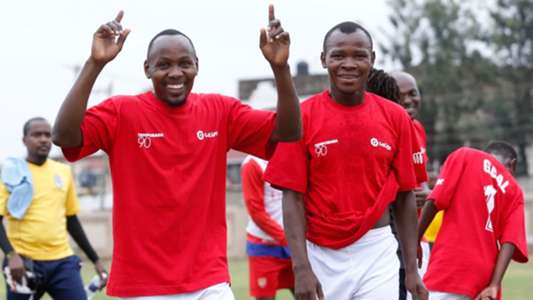