Express FC have vowed to keep their unbeaten start to the season intact when they face rivals KCCA FC in a Ugandan Premier League derby on Wednesday.

The Red Eagles will host the Kasasiro Boys at Wankulukuku buoyed by the fact they are yet to lose a match in the 2020-21 campaign as they have managed to stay fourth on the 16-team table with 12 points from six matches.

On the other hand, KCCA last picked a win in the league on December 11, 2020, against Mbarara City FC at home in Lugogo and have gone on to lose the next three games since then.

Coach Wasswa Bbosa has now said their main focus is to protect their unbeaten run and also make sure they bag maximum points from the derby.

“We have continued from where we stopped, based on our last game versus URA FC, we failed to convert many chances although we won the game so the concentration in training has been on scoring,” Bbosa told the club’s official website.

“I am sure we shall do so [scoring the goals], KCCA is a decent team but we’re prepared to fight and maintain our unbeaten run but most importantly get the maximum points.”

Bbosa continued: “The win away to URA was a huge boost for us and I believe we shall pick up from that because the team played with a lot of character, we do respect KCCA, however, the boys know the target is getting maximum points.”

Ahead of the derby, Bbosa has a fit squad to pick from with forward George Senkaaba, who received a knock against URA, back in contention after recovering.

Express FC’s last league win against the visitors came in 2018, goals by Michael Birungi, Disan Galiwango, and Erick Kambale guiding the Red Eagles to a 3-2 win while KCCA coach Mike Mutebi has come out on top in the last three fixtures, picking up two wins and a draw.

Meanwhile, KCCA will also head to the derby missing some of their key players – youngsters Sadat Anaku, Ayella Dominic, and Opio Sunday – both are out due to licensing issues.

The game has also come too soon for Julius Poloto, Denis Iguma, and Gift Ali who are still recovering from injuries while Magambo Peter, Filbert Obenchan, Musana Hassan, Achai Herbert, and Kato Samuel are the available options that coach Mutebi could select from.

The Kasasiro Boys and the Red Eagles have met 22 times in the last 11 years, with KCCA managing to register nine wins while Express have picked four wins with the other nine battles ending in a draw.

Wed Feb 17 , 2021
The England international has revealed that the Brazilian gives him extra coaching on his game behind the scenes at Stamford Bridge Reece James says that fellow Chelsea defender Thiago Silva has had the biggest influence on his career so far after taking him “under his wing” over the past few […] 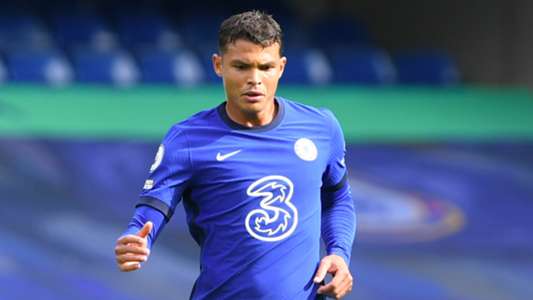