The Red Eagles took the lead courtesy of Godfrey Lwesibawa before the Venoms levelled matters through Karim Watambala for the draw at Wankulukuku.

Despite earning a point from the fixture which also saw his team maintain their unbeaten start to the season at home, Bbosa still feels his side deserved to win the duel had they converted the many chances they created.

“I thought it was a good fight, the boys for me ticked all the boxes but our biggest undoing was the failure to convert the chances we got,” Bbosa told the club’s official website after the match.

“Going forward, especially our game against [URA], we shall do our best to win.”

During the match, Vipers coach Fred Kajoba decided to tinker with the squad which had demolished Myda FC 7-0 in their previous match, with Fabien Mutombora preferred in goal while Watambala made a return in midfield.

Another player who came in was Paula Willa, in place of Joseph Dhata as Ibrahim Orit took Allan Kayiwa’s position.

On the other hand, the Red Eagles introduced Mahad Yaya in place of Abel Etrude while Sadiq Ssekyembe came in for the injured Arthur Boca.

At first, the two sides approached the game cautiously and did not make many clear scoring opportunities, and in the first 20 minutes, only Orit had a good chance but failed to capitalise on it.

After a host of missed chances for both sides, Express took the lead in the 57th minute. The Venoms conceded a free-kick in a good area, it was taken by Lwesibawa and it took a slight deflection from Disan Galiwango en-route to the back of the net.

A minute later, the two teams were on level terms as Wetambala managed to beat the custodian from his free-kick outside the 18-yard area.

In the 64th minute, the Venoms were let loose in a promising position but Manzoki failed to hit the target. As the game progressed, it was Vipers who upped their tempo hoping to get maximum points.

They came closest in the 76th minute when Kayiwa managed to dance his way past his markers but when he was just about to pull the trigger, Enock Walusimbi did his defensive work.

The draw means Express will remain sixth on the league table as they prepare to face URA in their next league assignment the Arena of Visions in Ndejje.

Wed Feb 10 , 2021
The youthful tactician officially confirms his exit from the Den in an emotional statement to the club officials and fans Anthony Kimani has delivered a moving farewell to AFC Leopards just two days after he walked out of the FKF Premier League giants. The former Harambee Stars defender announced his […] 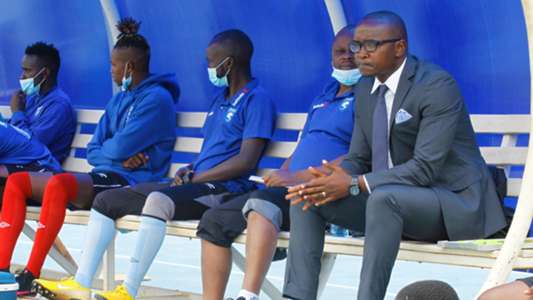