Bayern Munich have snapped Dayot Upamecano up from RB Leipzig for a reported fee of €42.5 million ($52m/$37m).

Bayern have won the race to sign Upamecano ahead of a whole host of top European clubs, as the defender has put pen to paper a pre-contract agreement with the German champions which will see him move to Allianz Arena in the summer.

The likes of Manchester United, Liverpool, Chelsea, Real Madrid and Juventus had also been linked with the 22-year-old, but he has opted to continue his development with the newly crowned sextuple winners.

Bayern have confirmed the signing in an official statement on their website, which reads: “Dayot Upamecano (22, RB Leipzig) will play for FC Bayern Munich from July 1, 2021.

“The defensive player and the German record champions agreed on a five-year collaboration until June 30, 2026.”

The club’s sporting director Hasan Salihamidzic added: “We are happy that we were able to win Dayot Upamecano for FC Bayern Munich.

“Dayot will be a very important component for our team in the coming years, we are convinced of that.”

What will Upamecano bring to Bayern?

Upamecano should be able to slot into Hansi Flick’s starting XI seamlessly next season, given the fact he already has plenty of Bundesliga and Champions League experience under his belt from his time at Leipzig.

The Frenchman has racked up 139 appearances across all competitions for Julian Nagelsmann’s side since making his debut in 2017, establishing himself as one of the best young centre-backs on the continent in the process.

With David Alaba set to leave Bayern upon the expiration of his contract in June, the club have already secured a ready-made replacement in Upamecano, who will be linking up with fellow countrymen Kinglsey Coman and Benjamin Pavard at the Allianz.

What comes next for Upamecano?

Upamecano will hope to end his Leipzig career on a high before joining up with his new team-mates at Bayern later in the year, having played a key role in their progress on both domestic European fronts in 2020-21.

Nagelsmann’s team are currently second in the Bundesliga, and will be back in Champions League action when they take on Liverpool in the first leg of their round of 16 tie in Budapest on Tuesday night.

Chelsea wanted me as interim coach before turning to Tuchel, claims Rangnick

Sun Feb 14 , 2021
The German manager says the Blues approached him over replacing Frank Lampard, but he did not wish to take up a short-term project Ralf Rangnick has claimed that Chelsea wanted to bring him in as their new interim coach before turning to Thomas Tuchel. Frank Lampard was relieved of his […] 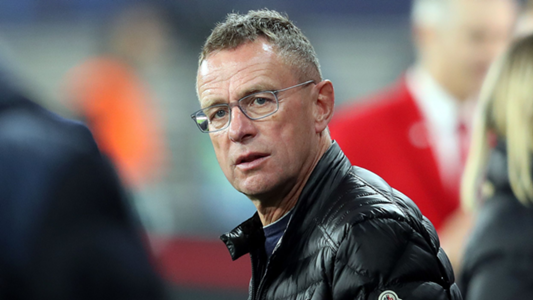