The France winger, whose current contract is due to expire in 2023, has addressed the ongoing speculation surrounding his future

Bayern Munich star Kingsley Coman has spoken out on the transfer rumours linking him with Manchester United and Manchester City.

Coman has enjoyed a rapid rise to stardom since making his senior debut for Paris Saint-Germain back in 2013.

The Frenchman joined Juventus a year later, where he managed to win a Serie A and Coppa Italia double before joining Bayern on loan.

The German champions exercised their option to buy Coman outright at the end of that two-season agreement, and he has since solidified his reputation as one of the most effective wingers in European football.

The 24-year-old has impressed despite dealing with a string of serious fitness issues at Allianz Arena, with his finest moment for the club to date coming in last season’s Champions League final.

Coman headed home Bayern’s winner against Paris Saint-Germain as Hansi Flick’s side secured a treble, but he was strongly linked with a move away from the club thereafter.

Premier League giants United and City have both been credited with an interest in the winger in recent months, with the latter yet to bring in a long-term replacement for Leroy Sane – who completed a switch to the Allianz in July.

Coman is flattered to have appeared on the radar of the Manchester duo, but he has no intention of walking away from Bayern before the expiration of his current contract.

“It’s good to know that good teams are interested in me, it gives me additional confidence,” the France international told SportBild.

Coman went on to admit that he feared for his place in Flick’s team after Sane’s arrival at Bayern, adding: “I had the feeling that I could be used less often. I’m 24, that’s an age I have to play!

“Fortunately, my fear did not come true.”

Asked if he has embraced the extra competition for places in Bavaria, Coman responded: “Leroy is very good, we play differently from City, he will only completely internalise our DNA. There’s four of us fighting for two positions, we’re team-mates, but of course, we all want to play as much as possible.

“At the moment I’m in a good mood, but maybe that will change in two months. Maybe then Leroy, Serge [Gnabry] or Douglas [Costa] will play. It is important that at least two of us are always in top form. “

The former Juventus attacker concluded by expressing his belief that Bayern are capable of dominating the Champions League over the next few years.

“We are young or in our prime, so we still have time! We can and want to defend the title,” said Coman.

“Between 2016 and 2018 Real Madrid won the Champions League three times. I am sure that we can shape an era with this team.”

Tue Jan 5 , 2021
The France international is a World Cup winner and proven Premier League performer, but his qualities have not always been appreciated Olivier Giroud feels he has been “disrespected” and “underrated” over the course of his career, but the Chelsea striker accepts that he is never going to win favour with […] 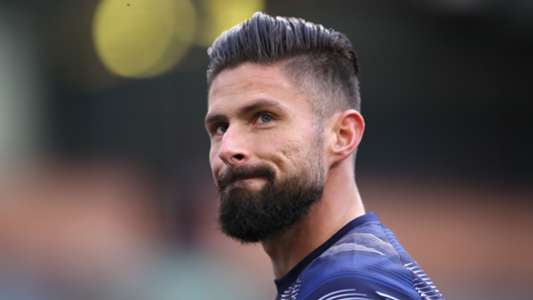