Bayern begin the tournament at the semi-final stage and are in Qatar as they seek a second Club World Cup title, while Al Ahly are bidding for their first-ever title.

With Mosimane having carved himself a reputation as one of the best coaches in Africa, Flick has taken note of the ex-Mamelodi Sundowns tactician as he unpacks Al Ahly’s strengths.

“They are a team that looks to play good football, they are really flexible in attack. Their full-backs get forward a lot as well. I have gotten to know their head coach recently and he is really impressive,” Flick told the media.

“Our aim is to win this competition. We know that it’s considered as something of a burden but we are motivated and we want to cap off an outstanding year with a sixth title.

“We had to win the Uefa Champions League to get here. We have a match every three days so we’re just taking it one step at a time in training. From today we will be working on intense preparations for the game against Al Ahly.”

#Flick on @AlAhlyEnglish: “They are a team that looks to play good football, they are really flexible in attack. Their full-backs get forward a lot as well. I have gotten to know their head coach recently and he is really impressive.”#FinalMissi6n #MiaSanMia pic.twitter.com/iODbSOVfLa

Al Ahly’s quest to be crowned world champions began on Thursday when they edged Qatari champions Al Duhail 1-0 to reach the semi-finals.

They are seeking to make history by first surpassing their best outing at the tournament which was a bronze medal at the 2006 edition in Japan.

But Mosimane knows that Bayern are a huge hurdle to pass through although he believes that it can be done by his “good team.”

“It will be a hard game but we are capable of progressing,” said Mosimane.

“We have won three titles and now we’re in another semi-final. We are a good team and we are now where every African side dreams of being.”

Head coach Pitso Mosimane: “It will be a hard game but we are capable of progressing.

Captain Mohamed El Shenawy: “Bayern are a great team but so are we. We will give it everything.” pic.twitter.com/eS8QAscmvB

It is Mosimane’s second appearance at the Fifa Club World Cup after guiding Mamelodi Sundowns to the 2016 edition in Japan where they lost their two matches.

But he is now at the helm of nine-time African champions Al Ahly who are not newcomers at this tournament.

Bayern utility player Joshua Kimmich has, however, described his team as “clear favourites” against Al Ahly “the Bayern Munich of Egypt.”

“We are really happy to have the opportunity to take part in and win this tournament. First we have to play our semi-final, a match in which we are the clear favourites,” said Kimmich.

“We know that they are a strong team. They are the Bayern Munich of Egypt and they have played a lot of games without losing. The Champions League winners always enter this competition as the favourites. We want to justify that tag.

“This is a chance to write history. We are really motivated for our semi-final and then we will see what comes next.”

Sun Feb 7 , 2021
The 21-year-old is expected at Ibrox Stadium in the summer after signing pre-contract with Steven Gerrard’s side on deadline day Nnamdi Ofoborh is aiming to play in the Champions League with Rangers after signing a pre-contract with the Premiership giants last Monday. The former Nigeria U20 midfielder will start a […] 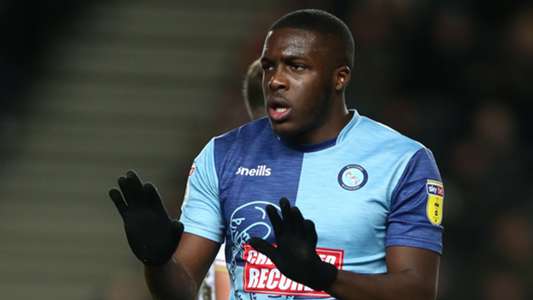