Sule has just under 18 months left to run on his current contract, and Bayern have yet to offer him the chance to commit to fresh terms at Allianz Arena.

Chelsea have been tipped to capitalise on the situation by swooping for the 25-year-old’s signature in the summer, but Rummenigge is still hopeful that he will extend his stay with the German champions.

“We want the good German national team players at FC Bayern. Niklas still has one year of the contract,” the Bayern chief told ZDF.

“We will hold talks and see where they’ll lead. We will look at the whole thing seriously & calmly by the summer.

“If we find a solution, we are happy to extend the contract, but that will only be possible under certain conditions.”

Why have Chelsea been linked with Sule?

Chelsea have not had a settled centre-back partnership since the days of John Terry and Ricardo Carvalho, with the likes of Kurt Zouma, Andreas Christensen, Thiago Silva and Antonio Rudiger all vying for regular minutes at Stamford Bridge in the present.

New Blues boss Thomas Tuchel has been experimenting with three at the back to try and shore up the team defensively, which has worked well so far, but extra reinforcements may be needed when the transfer window reopens.

Sule, who has spent the last four years of his career at Bayern, has the necessary experience and quality to add a new dimension to Chelsea’s defence, and it has been reported that he could be available for as a little as £33 million ($46m) later this year.

Sule has racked up 125 appearances across all competitions for Bayern since his 2017 move from Hoffenheim, scoring six goals.

The Germany international has picked up 11 major trophies during that period, including three Bundesliga titles and the Champions League, and looks likely to increase his haul of medals come May.

Bayern are currently on course to win the Bundesliga for a ninth successive season, while a successful defence of the European Cup could also be on the cards if they get past Lazio in the last 16.

Sun Feb 21 , 2021
The Soweto giants were held by their visitors from Tshwane and a Buccaneers legend explained why he thinks no winner emerged from the encounter Former Orlando Pirates midfielder Joseph Makhanya feels that Kaizer Chiefs and SuperSport United employed similar tactics and played the same brand of football, which made it […] 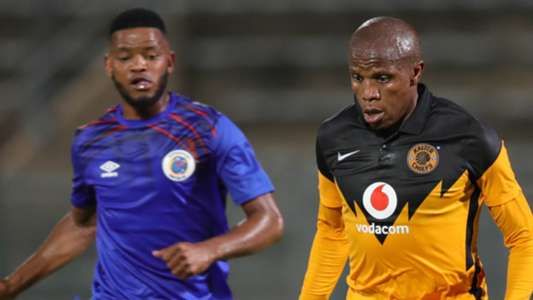