Bayern Munich are hard at work in Qatar as they seek to add the 2020 FIFA Club World Cup crown to their envious list of trophies won in the 2019-20 season.

Having beaten Egypt’s Al Ahly in the semifinal 2-0, thanks to a brace from Robert Lewandowski, the European champions will now be up against Mexico’s Tigres in the final on Thursday. As they prepare for that clash, the team have been given a first-hand taste of what the facilities in Qatar for the 2022 World Cup will be like.

They played their semifinal at the Ahmad Bin Ali stadium, one of the eight planned venues for the global showpiece event next year. Head coach Hansi Flick and star player Joshua Kimmich have been left impressed by Qatar’s infrastructure.

Hansi Flick, who led the club to a memorable treble last season, felt the conditions in Qatar were perfect to play football. Bayern are no strangers to Qatar, since they normally hold their winter training camp in the middle-east nation.

“Generally it’s always special to play here and Bayern Munich naturally want to win every match, and we have just perfect conditions here,” said Flick ahead of their semifinal win on Monday. “I just had a look at the pitch here in the stadium, the conditions are top-notch, the stadium is beautiful,” he added.

Flick also felt that the world-class infrastructure means that the 2022 World Cup will be a memorable event.

“So, in that sense, you can tell that everything will be in great shape to host the World Cup 2022. And for us, that means we want to leave Qatar with the best result possible.”

Meanwhile, Kimmich, one of the mainstays in this Bayern team, felt that the infrastructure and stadium was as modern as it gets. However, he was extremely pleased with the quality of the pitch at the Ahmad Bin Ali stadium.

In fact, the 25-year-old went on to describe the pitch as a ‘dream’.

“Luckily in Germany, we have very modern, beautiful and big stadiums too, we are happy to play in modern stadiums here too, especially when seeing the pitch here, it’s really a dream – a perfect pitch. That’s why we are really looking forward to the game,” he explained.

Tue Feb 9 , 2021
The Taifa Stars forward has been axed from the travelling squad as the Msimbazi giants prepare for their first group match Simba SC captain John Bocco has been left out of a 27-man squad for their first match in the Caf Champions League group stage against AS Vita Club on […] 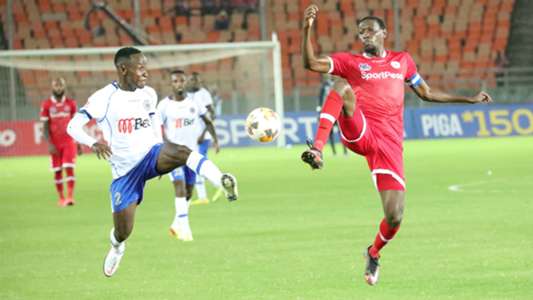