15′ It looks like Union might find plenty of joy by attacking Bayern’s flanks. Bayern have looked uncomfortable with the visitors’ pace so far.

14′ Endo takes on Sarr and has the support of Lenz on the overlap. Kimmich hooks away Lenz’ cross with an innovative scorpion kick.

13′ Trimmel has space down the right and rolls a delightful ball across the face of goal. Union can’t keep it in on the opposite side though.

12′ Sarr’s shot from the corner is too ambitious. It’s been an engaging start to the game.

11′ Bayern only half-clear the throw-in and Union keep the pressure on. Sarr cuts out a one-two by the visitors to get forward. He gives the ball to Choupo-Moting whose shot cannons off Knoche for a corner.

9′ Union look very up for this. Promel darts down the left and tries to beat Boateng who pokes the ball out for a Union throw-in.

7′ Kimmich gets caught in possession and Union spring forward on the counter. Boateng steps out of the backline to intercept and stop the attack.

6′ Bayern see away the corner. That’s good early intent from Union who don’t look cowed by their illustrious hosts. Nor should they be.

5′ Endo bursts down the Union left and whips a low cross into the Bayern penalty area. Martinez goes safety first and puts it out of play for a Union corner.

3′ The match starts slowly as the two teams figure each other out. Musiala fires over from a difficult angle on the right. Sarr wins a free-kick in his own half as he’s closed down too eagerly by Endo.

1′ The referee blows the whistle and this game gets under way!

The two sides are out on the pitch at the empty Allianz Arena. Bayern are in their usual all-red home kit. Union are in their all-white away garb.

Union haven’t won any of their three Bundesliga games against Bayern to date, drawing one and losing two. However, Bayern have only scored five goals against them in those three meetings, a poor return by Bayern’s high standards. This could be a tricky game for the hosts. Will Bayern bounce back from their midweek defeat or will Union compound their misery here?

Injury-hit Bayern make six changes from their 3-2 loss to PSG in the Champions League midweek. Their 11 has a sprinkling of youth with Stanisic, Dantas and Musiala all starting. There are three changes to Union’s 11 from their 1-1 draw with rivals Hertha Berlin last time out.

Bayern’s visitors today Union Berlin remain in the hunt for a top-seven finish and with it European qualification. The side from Kopenick are nine points ahead of where they were at this stage last season, and need just two more to equal their 41-point total from that campaign. A point or three here for Urs Fischer’s team wouldn’t go amiss.

Bayern’s five-game winning run has taken them seven points clear at the top of the Bundesliga, making them almost certain to end the season as champions once again. While no side has ever blown a lead this big this late in the season, Hansi Flick’s men still need to get the job done between the two legs of their Champions League quarter-final with Paris Saint-Germain.

Hello! Welcome to our live text commentary of this Bundesliga match between Bayern Munich and Union Berlin at the Allianz Arena, Munich.

Sat Apr 10 , 2021
The Toffees boss worked with the highly-rated Senegalese centre-half in his native Italy and has seen a reunion in England speculated on Everton are among the Premier League clubs seeing a move for Kalidou Koulibaly mooted, but Carlo Ancelotti says a centre-half that he considers to be a “good player […] 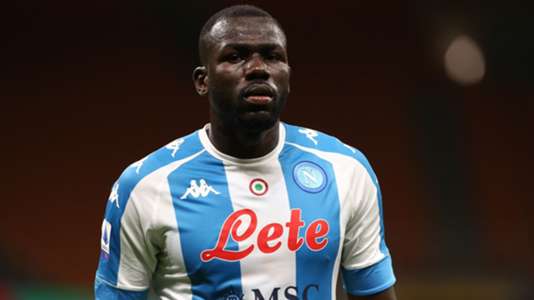