With this match set to go to extra-time and penalties if drawn, Bayern boss Hansi Flick may look to make changes early in the second half to freshen up his side. The German manager will want this match won in normal time with Bayern next playing in the Bundesliga on Monday evening.

The Club World Cup final remains goalless at the break with Mexican outfit Tigres more than holding their own against the much-favoured Bayern Munich. Kimmich thought that he had opened the scoring for the German champions with a lovely strike from range, but his effort was disallowed by VAR due to an offside.

45′ Tigres again clear the Bayern danger with relative ease. There’ll be a minimum of two minutes of additional time played in the first half.

44′ Aquino upends Davies and Bayern have a free-kick in a dangerous position. Kimmich looks set to deliver.

42′ Duenas is booked for time-wasting in the first half. That could be a very bad decision as he looks to defend Sane at that left-back position.

40′ Tigres have held their own so far in the Club World Cup final but something that they miss is creativity in the centre of the park. Pizarro and Carioca are playing well but both are industrious midfielders rather than playmakers and that’s stifling the Mexican side a fair bit.

37′ It’s the 37th minute and Tigres goalkeeper Guzman has already been warned twice by the referee for time-wasting. That’s definitely an interesting approach from the shot-stopper.

35′ POST! Tigres are caught napping as Gnabry finds Sane with a quick corner from the left. The German midfielder unleashes a powerful strike from 20 yards out which cracks against the angle of post and crossbar. The Mexican side survive.

33′ Quinones looks to take on Sule but the Bayern defender does well to tackle his man and put the ball out for a Tigres corner. Bayern clear the original danger from the subsequent set-piece before Pizarro strikes at goal, but his effort is too weak to trouble Neuer.

31′ The German champions are just missing that cutting edge up front here in the first half. It’s clear to see that Muller’s absence has been a big loss for Bayern so far.

28′ Tigres have done well over the past few moments to take the sting out of the Bayern pressure that was building.

25′ Brilliant defending from Salcedo as he intercepts a pass across the six-yard box from Davies. With Lewandowski lurking behind the Tigres defender, that would have been a goal without his intervention.

23′ In truth, the referee’s decision to disallow that Bayern goal seems harsh. Lewandowski did well to try and manoeuvre his body out of the way of Guzman’s line of sight but evidently the officials disagreed.

20′ GOAL DISALLOWED! The referee goes to the pitchside monitor and comes to the decision that Lewandowski strayed into the path of the strike and as a result the Bayern striker was deemed offside.

19′ GOAL!!! 1-0 to BAYERN. KIMMICH!!! A simply perfect strike from the German midfielder who smashes into the far bottom corner of the Tigres goal from 30 yards out. But wait! There’ll be a VAR check.

17′ Quinones is nearly in on goal after being played through by Gonzalez but Neuer charges out to collect the ball. That was close!

15′ The ball falls for Lewandowski in the Tigres box but the Bayern forward can’t control, and the Mexican side clear the danger. That’s the second time now that their star forward has struggled to keep the ball under his spell.

12′ Tigres break and Gignac flies down the left wing. The French forward cuts back and finds Quinones with a chipped, cross-field pass. The midfielder goes for the far corner of Neuer’s goal with a curled attempt, but his effort goes comfortably over in the end.

10′ Tigres do well to clear the danger from the first corner and then from a second Bayern corner soon after. The Mexican side have started this Club World Cup final very well.

8′ Davies charges down the left wing before delivering a ball into the Tigres box. Carioca does well to intervene, but Bayern have a corner as a result.

6′ CHANCE! Sane finds Coman in the Tigres penalty area but the French midfielder’s volleyed effort from 20 yards out is saved comfortably by Guzman.

4′ Alaba tries to thread Coman through and behind the Tigres backline but the Austrian international puts just too much on the chipped pass which rolls through to goalkeeper Guzman. Despite that, Tigres have dominated the early possession and have started this match very positively.

2′ An early chance for Tigres as Gignac sees a headed effort blocked by Sule. The Mexican side get a corner in the aftermath, but Bayern clear the subsequent danger.

The players are emerging from the tunnel and kick-off is just moments away.

Against Tigres, Bayern coach Flick could win what will already be his sixth title in his 68th competitive match as head coach. That would not only mean an average of just over 11 games per title, but also that he would have won more trophies than he’s suffered defeats with the record champions (five).

After defeating Brazilian side Palmeiras 1-0 in their semi-final, Tigres manager Ricardo Ferretti opts to field an unchanged starting XI for this clash against Bayern. The back four is made up of Rodriguez, Reyes, Salcedo and Duenas whilst Aquino, Carioca, Pizarro and Quinones start across the midfield. Gonzalez joins dangerman Gignac up front for a side looking to make further history in this final.

Bayern boss Hansi Flick is forced into several changes as Thomas Muller tested positive yesterday for COVID-19 and with centre-back Jerome Boateng flying home to Germany due to personal reasons. As a result, Sule starts alongside Hernandez in the heart of the defence with Pavard and Davies playing as the full-backs. Kimmich and Alaba anchor the midfield whilst Gnabry, Sane and Coman all play behind star striker Lewandowski as the attacking midfielders.

Bayern Munich come into this clash looking to win their sixth title in a year – whilst Tigres become the first side from the North and Central American Football Federation to reach the final of the Club World Cup. With star striker Andre-Pierre Gignac raring to go, the Mexican side will be looking to cause the reigning UEFA Champions League winners some big problems.

Hello and welcome to our live text commentary of the FIFA Club World Cup final between Bayern Munich and Tigres UANL.

Thu Feb 11 , 2021
The player’s representative says Jurgen Klopp’s side had everything agreed but couldn’t come up with the funds to get the deal over the line Ismaila Sarr’s agent says the Watford forward was so close to joining Liverpool in January that he asked Sadio Mane to help find him an apartment […] 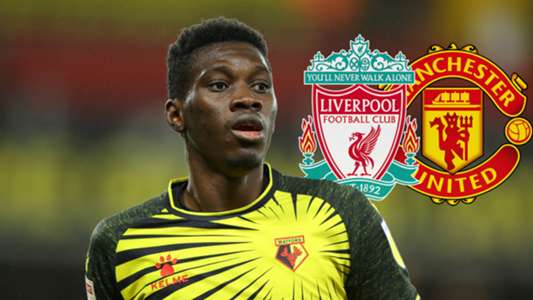