Bayern Munich came from behind for an eighth successive Bundesliga match as the champions overcame struggling Mainz 5-2 at Allianz Arena.

Hansi Flick’s side have not taken the lead in a league game since October and might have been staring down the barrel of a second defeat of the season had Danny Latza beaten Manuel Neuer early in the second half.

Mainz had a 2-0 lead at that stage, with Jonathan Burkardt and Alexander Hack scoring in the first half, but Joshua Kimmich and Leroy Sane restored parity in the space of five minutes.

Robin Quaison struck the woodwork as 17th-placed Mainz fought back, though Bayern ultimately had too much.

Niklas Sule’s deflected strike and Robert Lewandowski’s double – the first of which came from the spot – settling a thrilling contest firmly in Bayern’s favour.

ONE HUNDRED AND EIGHTY

Sun Jan 3 , 2021
Benevento 0-2 Milan: Pioli’s men top again despite Tonali red Sandro Tonali saw red but Milan still went on to beat Benevento and reclaim top spot in Serie A from rivals Inter. Milan returned to the Serie A summit with a 2-0 win at Benevento as Stefano Pioli’s side survived playing […] 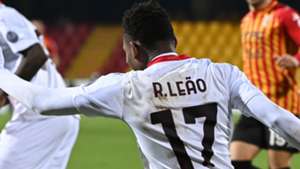