8′ CLOSE! Sane unleashes a low shot towards the far corner. The effort looks like it will creep over the line after deflecting off St. Juste, but the goalkeeper reacts quickly to prevent it from crossing.

6′ At the other end, Lewandowski whips a low ball into the box, but Dahmen gets down well to hold onto it with Muller lurking.

5′ WHAT A CHANCE! Mainz capitalise on Bayern’s high line and manage to get in behind with Burkardt racing away. Fortunately for Bayern, Neuer reacts well to keep out his low shot.

3′ The visitors are seeking their first victory over Bayern since a 2-1 success in March 2016. With just one win to their name this season, you sense it will take a huge effort to get anything from today’s game.

1′ The referee blows his whistle and Mainz get the match underway.

The teams are out and kick-off is just moments away.

Bayern are unbeaten in their last seven games against Mainz, while winning each of their last three at the Allianz Arena by an aggregate scoreline of 16-1.

Mainz’s third manager of the season, interim boss Jan Siewart takes charge for the first time today. He makes four changes to the side beaten by Bochum in the DFB-Pokal before Christmas, with Edimilson Fernandes among those recalled.

Hansi Flick makes two changes to the side that overcame Bayer Leverkusen in their final match of 2020. There are recalls to the starting line-up for Joshua Kimmich and Leroy Sane, while Lucas Hernandez drops to the bench and Kingsley Coman misses out.

Bayern can return to the top of the table with victory over a Mainz side currently in the automatic relegation places and four points from safety.

Hello everyone and a warm welcome to you all joining us for live text coverage of the German Bundesliga clash between Bayern Munich and Mainz at the Allianz Arena. 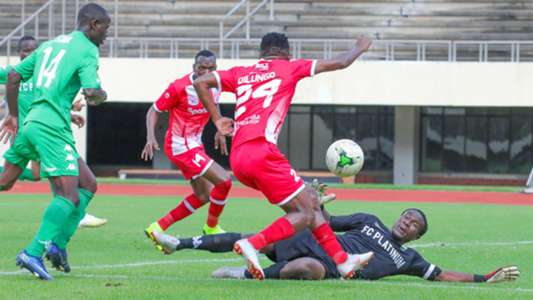