Bayern Munich are again seven points clear in the Bundesliga title race after a 2-1 win over Borussia Monchengladbach.

Leon Goretzka scored a late winner as Bayern Munich restored their seven-point lead at the top of the Bundesliga with a 2-1 victory over Borussia Monchengladbach.

Without the suspended Robert Lewandowski and Thomas Muller, Bayern were well below par but were gifted the opener shortly after the visitors had been denied by a VAR decision.

Benjamin Pavard’s own goal 11 minutes later levelled matters, but Goretzka caught the Gladbach defence napping four minutes from time to extinguish any realistic prospect of a late turnaround in the title race.

With Alassane Plea suspended, Gladbach were dealt another blow to their attack early on when Marcus Thuram was forced off with an ankle injury.

Breel Embolo, who had only been deemed fit enough for the bench, came on in his place and delivered the key pass for what looked to be the opening goal.

Jonas Hofmann tucked the throughball into the bottom-left corner, only for VAR to rule he had strayed marginally offside.

The visitors were then grateful to Sommer for preserving parity as he brilliantly denied Lucas Hernandez from point-blank range after Matthias Ginter had inadvertently laid the ball on a plate for the Bayern left-back.

However, after Embolo was thwarted by Manuel Neuer and somehow shot wide on the rebound, Sommer turned from hero to villain.

Zirkzee’s fourth goal of the season could hardly have been simpler as he stroked Sommer’s off-balance cross-field ball into the empty net.

Bayern continued to look vulnerable at the back, though, and Gladbach’s deserved leveller came in a similarly fortuitous fashion when Pavard could only divert Patrick Herrmann’s searching right-wing cross into the bottom-right corner.

Neuer had to be at his best to deny Herrmann after a quick break from Embolo, but the introductions of Alphonso Davies and Kingsley Coman sparked Bayern into life, with Sommer getting down low to his right to turn Serge Gnabry’s volley behind.

Gladbach had looked comfortable as they attempted to see out the stalemate before Goretzka stole in to slot home Pavard’s low cross from the right and put Bayern, with three rounds of games remaining, on the cusp of the title.

What does it mean? Bayern on the brink

Bayern have not lost since their 2-1 defeat at Gladbach in December, which at the time looked a seismic result in the title race.

Goretzka’s close-range finish means Bayern can now clinch the title at relegation-threatened Bremen. The goal also dealt Gladbach another blow in their stumbling chase for a Champions League place.

Goretzka’s goal was his third since the season restarted following the coronavirus-enforced stoppage and all but ensured Bayern will soon be celebrating another Bundesliga triumph.

Sommer’s pass across his own defence always looked risky and was swiftly punished by the grateful Zirkzee.

Bayern will look to be popping champagne corks in Bremen on Tuesday evening, after Gladbach host Wolfsburg earlier in the day.

Sat Jun 13 , 2020
The ex-Gunners striker believes an ageing frontman will struggle to find a top club and lucrative contract if he walks out on Arsenal as a free agent Pierre-Emerick Aubameyang has been warned that he may be working himself into a weaker position by shunning a new contract at Arsenal, with […] 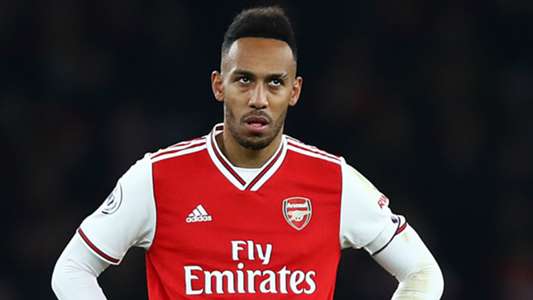