Liverpool and Manchester United have been dealt a transfer blow as Bayern Munich have started to make progress in contract talks with Jamal Musiala.

Goal has reported that Musiala’s £100,000-per-week wage demands have been holding up Bayern’s attempts to tie him down to fresh terms.

The 17-year-old is currently tied to the club on a youth agreement which is set to expire in 2022, but the German champions are eager to secure his long-term future.

Bayern are still working to reach a compromise with the teenage midfielder, but Goal has learned that negotiations between the two parties are now advancing.

Musiala, who spent eight years in Chelsea’s academy before moving to Allianz Arena in 2019, is very much open to extending his stay at Bayern despite rumours linking him with a return to the Premier League.

Liverpool, United and City have all been keeping tabs on the youngster’s situation, but his current employers are hopeful that he will sign a renewal before he turns 18 on February 26.

Bayern head coach Hansi Flick recently talked up Musiala’s talents after trusting him to play a key role in his senior squad, telling reporters: “Jamal has enormous qualities. Bayern are clearly interested in retaining this player for a longer period of time.”

The England Under-21 international has already taken in 21 appearances across all competitions for Flick’s side in 2020-21, scoring three goals.

Musiala’s current manager at international level also singled him out for special praise earlier in the season, with Aidy Boothroyd stating after the Three Lions’ 5-0 win over Albania: “He has definitely increased game time.

“We don’t know, but he might have a growth spurt and he hasn’t even finished growing yet.

“Being out in Germany, training with that calibre of players and coaches every day is really going to help his development for us.”

His latest outing came from the bench as Bayern picked up a 1-0 win away at Augsburg on Wednesday which saw them maintain their four-point lead at the top of the Bundesliga standings.

Musiala will be back in contention for a place in Flick’s starting XI when the Bavarian outfit travel to Vetlins-Arena to face bottom-of-the-table Schalke on Sunday.

Bayern can take another step towards their ninth successive Bundesliga crown with a win in Gelsenkirchen before their focus shifts to a home fixture against Hoffenheim on January 30.

Sat Jan 23 , 2021
The Reds legend believes another centre-half needs to be signed in the January window, but he is not looking for a superstar to be landed Liverpool need to be looking at signing a £20 million ($27m) stop-gap to help them through a defensive injury crisis, says John Barnes, with the […] 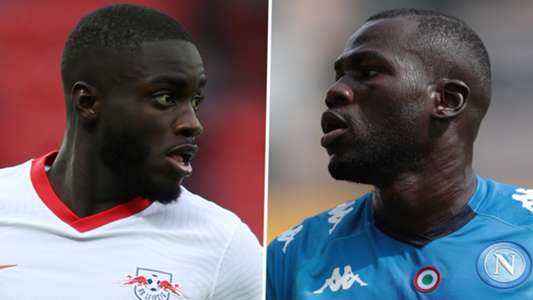