The head coach at Allianz Arena had been keen for the promising American to remain on his books, but a move to a Bundesliga rival has been made

Bayern Munich boss Hansi Flick has admitted that he was looking to keep Chris Richards on his books before a loan switch to Hoffenheim was sanctioned.

The highly-rated United States international will be seeing out the 2020-21 campaign away from the Allianz Arena.

The 20-year-old defender has decided to go in search of regular game time elsewhere, with competitive minutes required in order for his true potential to be unlocked.

Bayern believe he will become an established senior star for them, having already handed him eight first-team appearances, but they are prepared to be patient.

Flick is buying into that, with there obvious benefits to be found in sending Richards elsewhere.

He was initially against that idea, with it important for him to have depth in his squad, but the plan is to welcome Richards back as a better player.

Flick has told reporters: “I wanted to keep Richards for the remainder of this season, but this move will be good for him so he can continue improving as a player.

“Bayern has done this in the past with Philipp Lahm and David Alaba, who were loaned to other teams and when they came back they made a huge impact.”

Club legend Lahm, who went on to captain the club to Bundesliga and Champions League glory while also getting his hands on the World Cup trophy as Germany skipper, was loaned to Stuttgart between 2003 and 2005.

He went on to take in 517 appearances for Bayern, with a standing established as an all-time great full-back.

He appears to be edging towards the exits in Munich, as his contract runs down, but has been another stunning success story after cutting his teeth elsewhere.

Richards will be hoping to follow in those illustrious footsteps, with a stint at Hoffenheim presenting him with an opportunity to prove his worth to those back at Bayern.

Flick already appears to be a big fan, given his reluctance to part with the youngster, but there is now the promise of a brighter future for all concerned.

Thu Feb 4 , 2021
The German giants are forming plans ahead of the summer transfer window to possibly replace their Switzerland international No 1 Borussia Dortmund are showing an interest in Ajax goalkeeper Andre Onana, who has just one year left on his current deal with the Dutch champions. The 24-year-old is regarded as one of […] 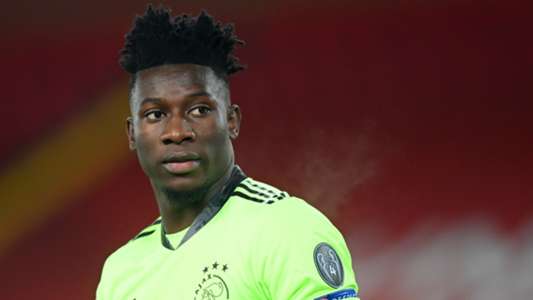