Clarke Oduor’s manager at Barnsley Valerien Ismael has stated he is impressed with the development of the Championship team.

Barnsley are yet to pick a win in 2021 and the manager has said it is now time for Oduor and his teammates to reward themselves with a win on Saturday against Nottingham Forest.

“The development of the team is clearly visible,” Ismael said as was quoted by the club’s website.

“But the most important thing for the guys now is to be rewarded with the result.

“We have shown we can compete and adapt to different styles of football from the opponent, we have made the necessary steps but we must now have that feeling of victory.”

The coach also revealed the fitness state of his players ahead of the game and maintained he will maintain former Chelsea goalkeeper Brad Collins in goal. The last game against Cardiff City was the first start for the custodian since the beginning of October last year.

“We have the same players available, with just a couple of issues but we will see more after the next training sessions,” Ismael added.

“[Brad] Collins will remain in goal. We think he deserves this run of games and it is the only way we can judge him and his development. He has the support of Jack Walton.

“We have two good Championship ‘keepers.”

Even though Nottingham Forest are struggling and are sitting just above the relegation zone, Ismael has warned his players that every team, regardless of their form, has got quality.

“The Championship is a tough league and every team has quality,” he concluded.

“Forest are a big club and they have a big manager with lots of experience. In the first game against them, they had chances to score and it was late goals for us. It was a tough game.

“We had some luck. We know their strengths and the qualities they possess and we’ll be prepared for another big game on Saturday.”

It remains to be seen whether the manager will start the Harambee Stars defender who has had to contend with a place on the bench for the majority of the previous games. 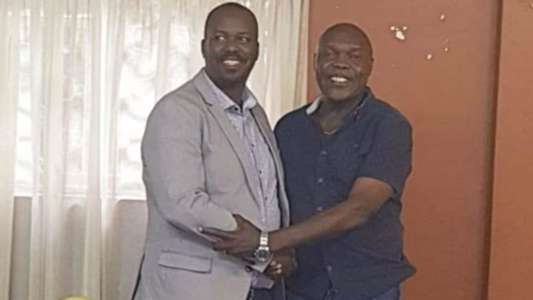