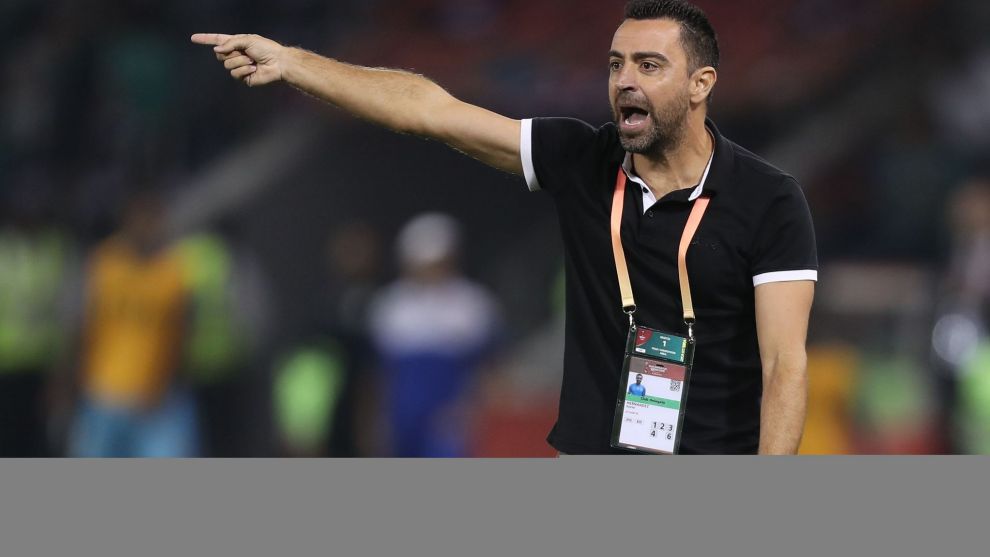 Xavi is a registered brand, as much as a coach as he was when he was playing and it’s clear that his future lies in Barcelona, whenever the time may come.

Currently with Al Sadd in Qatar, he has faced new challenges and new speculation amid a global pandemic which affected him personally just last week.

Speaking to MARCA, he addressed all of those topics and more.

How are you after announcing that you have COVID-19?

Good, I feel fine, although I’m isolated logically. I want to train soon [Xavi couldn’t be on the bench for the start of the season with a 2-1 win over Al Khor].

You arrived in Qatar in 2015, tell us about the progress of the country ahead of the 2022 World Cup.

Tremendous in every sense: Infrastructure, stadiums – five of eight are almost finished – hotels… The country has changed a lot, motorways, restaurants, Qatar is growing at a high speed, even the traffic has improved.

The concept of new stadiums is revolutionary, do you think it will be the best World Cup in history?

Almost all of them represent something from the Arabian culture and that will make the World Cup special. It will be historic, without a doubt. People will be surprised by the country. In general, there are many prejudices and unfounded criticism. Qatar has it all: a small country, hospitable and generous, it will be a historic World Cup.

Forgetting the break because of the pandemic, how do you assess your first year as a coach?

Very positive. I’ve been through it all. I’ve won two titles [the cup and Super Cup] and now we can win two more. In the league we weren’t so good, quite the opposite. In the Champions League, we got to the semi-finals, then in the Club World Cup we didn’t play a dignified role. I’ve been through success and the disappointment, but overall, I’m learning a lot.

Al Sadd’s aim is the Champions League. Why is it such a difficult tournament?

When you’re at a winning club, like this one, the aim is to win it all, although you have to be aware of our rivals. In Qatar, we have ahead us teams like Al Duhail, who have double our budget, and Al Rayyan, who have made big investments. With them it’s difficult to compete. On an Asian level, we want the Champions League. We have been in the semi-finals for two years in a row. In 2020 I have the hope of getting to the final, that’s why we’ve signed Santi Cazorla, to build a good team.

Is this region enough for your aspirations as a coach for now?

Qatar is the ideal place to get experience as a coach in a winning team like Al Sadd. Winning the Champions League would be the culmination of this era. That’s the main objective and more, keeping in mind that, because of the pandemic, the tournament will be organised here, in Doha, between September and October.

As a player, you represented a defined style. As a coach, it depends on your players, have you had to change your convictions?

Very little, to be honest. I have my ideas very clear, my system of play. I believe in having the ball as much as possible, with high pressing, playing in the opposite half, pushing with attack. It’s the football I lived with at Barcelona and La Roja, dominating the ball, creating chances. I understand football that way and I believe in winning that way. This way it’s easier to be closer to winning.

Do you think, then, that it’s possible to play quality football without top quality players?

I’m totally convinced that, independent of where you are or the players you have, it’s possible to transmit this way of playing to players. Convince them they will be better this way and they will win more easily. Evidently, Al Sadd isn’t Barcelona, but we try to play out from the back, with a good technical level. The players believe in winning this way.

Do you imagine yourself short-term in Qatar or could there be a surprise if they call you, again, from Barcelona?

I don’t hide, I’ve always said it, my main goal, when the time comes, is Barcelona. It’s my home and it would be a dream come true. But now I’m focused on Al Sadd, excited by the new season. When Barcelona have to come, short or long term, it’ll come. Above all, you have to respect Quique Setien and I wish the best to the team.

Setien promised to play good football when he arrived, do you think he’s achieved that?

Sometimes Barcelona play very well, other times well, and others, not so well. But I like Setien’s ideas, now and with his previous teams: dominating and playing attractive football. Sometimes it doesn’t come off, it’s true, but the rival makes it difficult for you. We have seen very beautiful and very good games from Barcelona with Setien, no doubt about it.

Did you see the logic in the complaints about referees that came from Barcelona last season?

I don’t like to give my opinion on referees too much, their job is very difficult. The problem with VAR is that you have to interpret the plays. These interpretable plays are and always will be the only controversies.

Can you see Messi competing in the 2022 World Cup in Qatar at 35 and a half years of age?

I see Leo playing as long as he wants. On a physical level, he’s quick, strong, a competitive beast, an animal physically. I don’t doubt he’ll play at Qatar 2022.

How do you think post-coronavirus will affect transfers?

The level will decrease, like everything after the pandemic. It will be damaged, there will have to be reorganisation of everything, clubs and players. It’s a shame, but it will be like that.

You won’t have Gabi in your ranks any more at Al Sadd, do you think he’ll be a good coach?

It will be a shame not to have him in the team. He didn’t come to an agreement with the club. We wanted him to stay, he can keep going. Gabi has been a role model as a person. A born leader on and off the pitch during his time in Qatar. The best captain we could have had these two years. As a coach, he has helped me a lot. I think he’ll be a great coach, if he goes for it. He feels and likes football and has an ability to lead which he gives off.

Bojan Krkic: When everything has passed, I'll decide my future

Tue Jul 28 , 2020
MLS Plays for Montreal Impact As football continues across the globe, Bojan Krkic as admitted no decisions one his future in the MLS with Canadian side Montreal Impact will be made until everything is back to normal. The former Barcelona prodigy is in the midst of the coronavirus pandemic in North […] 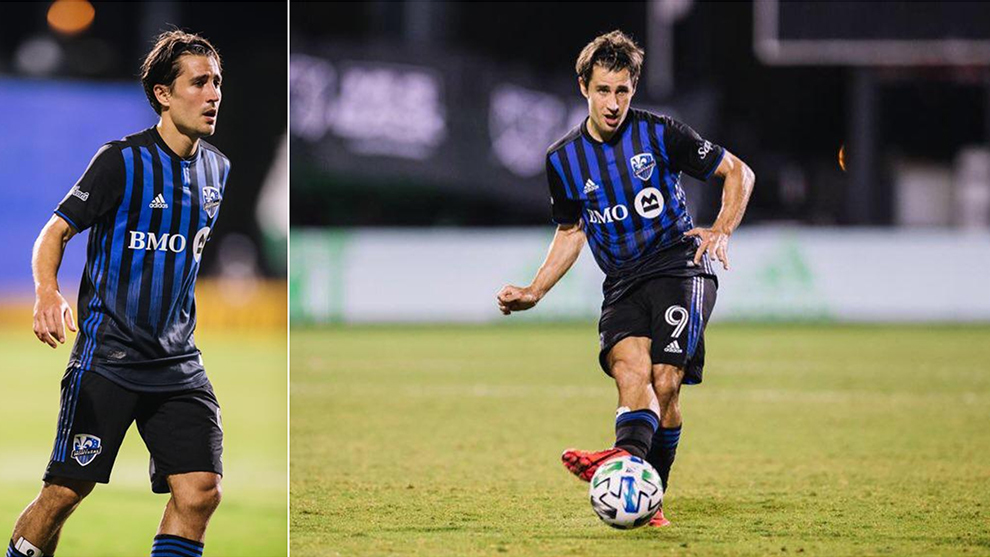