Barcelona have collected 21 out of 21 points available in their last seven LaLiga games (W7) after winning only 19 of the previous 39 (W5 D4 L4).

If it wasn’t already a tough ask for Cadiz today, the Spanish strugglers also have to contend with their own fair share of injuries and suspensions as they travel to face Messi & co. Mauro returns from suspension and plays alongside Fali in the heart of defence whilst Carcelen and Espino start as the full-backs. Sanchez, Garrido, Perea and Izquierdo make up the midfield with Sobrino and Negredo leading the line for the away side.

Barcelona are again without the services of Ansu Fati, Sergi Roberto and Philippe Coutinho due to injury so boss Ronald Koeman opts for a similar starting XI to the one that faced PSG in midweek. At the back, Pique and Lenglet start in central defence with Alba and Dest operating as the full-backs. Pedri, Busquets and De Jong form the midfield three while Dembele gets a start upfront alongside Griezmann and Messi.

After suffering a humiliating defeat at the hands of Kylian Mbappe and Paris Saint-Germain in the Champions League in mid-week, Barcelona will be looking to get back on track with a victory against lowly Cadiz in the league. The Catalan side have won their last six in LaLiga and will be buoyed by the fact that league leaders Atletico Madrid surprisingly lost at home to Levante yesterday. Cadiz arrive in town having won just one of their last ten but will be hoping to claim a huge scalp as the side from the south coast begin their battle against relegation.

Hello and welcome to our live text commentary of this LaLiga fixture between Barcelona and Cadiz.

Sun Feb 21 , 2021
The Purple Sharks have won just one game from the eight played, and are placed in 10th position Wakiso Giants head coach Douglas Bamweyana is content with a draw away in the Ugandan Premier League game against Uganda Revenue Authority (URA) at the Arena of Visions. The Purple Sharks had […] 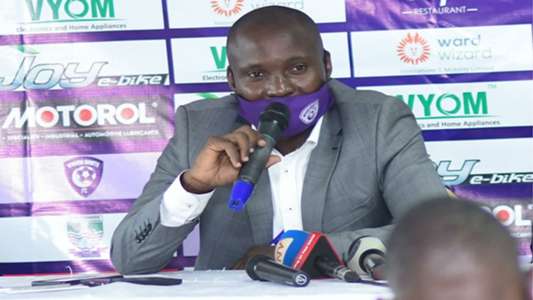