Barcelona have been urged to launch a raid on Sevilla for Bryan Gil, with the scout that helped to discover Andres Iniesta and Ansu Fati at Camp Nou seeing shades of Neymar in the highly-rated winger.

German Vaya Ballabriga ‘Mani’ has spent several years working with the Liga giants, during which time has helped to bring through some notable talents.

His eye for potential has narrowed on 20-year-old forward Gil this season, with the youngster impressing on loan at Eibar being nudged in the direction of those in Catalunya before his price tag rockets.

Mani, who has spoken with Barca’s sporting director Ramon Planes, has told Cadena Ser of Gil: “Right now he is Spain’s best footballer and I compare him with Neymar.

“He can do certain things and has great versatility, as he can play at full-back, in the middle or on the left wing. It’s impressive.

“I have spoken with Raman Planes about him and he has Bryan Gil in mind.

Why is Gil so highly-rated?

A collection of eye-catching performances have been put in by the youngster for Eibar this season.

Gil has registered three goals and two assists through 16 appearances in all competitions.

The Spain U21 international is enjoying the most productive campaign of his short career to date, having previously been restricted to just 21 competitive appearances for his parent club.

There is considered to still be plenty of potential to unlock in his game, with comparisons to Paris Saint-Germain superstar Neymar easy to make given their respective positions and penchant for the spectacular.

Gil’s current contract at Sevilla is due to run until 2023, while his loan agreement at Eibar will come to a close in the summer – when interest in his services could be stepped up.

It remains to be seen, though, whether Barca will be in any position to bolster their ranks after the revelation that the Catalan giants are €1.2 billion (£1.1b/$1.5b) in debt and facing up to the threat of seeing talismanic captain Lionel Messi walk away as a free agent.

Thu Feb 11 , 2021
After a promising display against the Bavarians, the Red Devils’ captain is upbeat that his team challenge the Big Green Mohamed El Shenawy believes Al Ahly can challenge Palmeiras for the Fifa Club World Cup third place medal. After scaling Al Duhail’s second round hurdle thanks to Hussein El Shahat’s […] 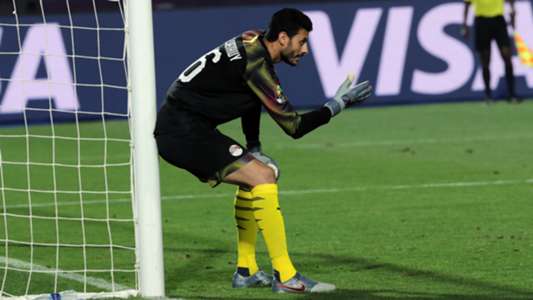