Barcelona may have lost the Clasico at the weekend, but they moved above Real Madrid in the money stakes

Real topped the rankings two years ago, the last time the list was published, but find themselves staring up at Barca who have a valuation of $4.76 billion (£3.46bn).

The Premier League makes up the bulk of the top 10, with Manchester, United, Liverpool, Manchester City, Chelsea, Arsenal and Tottenham all featuring.

Forbes’ Mike Ozanian compiled the list and said the average worth is up 30 per cent from two years ago, but there is pain being absorbed due to the coronavirus pandemic limiting matchday revenue.

“The world’s 20 most valuable soccer teams are worth an average of $2.28 billion (£1.66bn) apiece, an increase of 30% from two years ago, the last time we published the ranking,” Ozanian said. “The jump comes despite a decline in revenue caused by limited attendance during the pandemic, with buyers focused on what they see as still untapped revenue potential in the sport’s massive global following.

“The pain is far from over, with a worsening decline in match-day revenue during the current season as most of the teams in Europe’s top leagues still permit few fans to attend games.”

The rankings have been dominated by Manchester United and Real Madrid, with the Red Devils topping Forbes’ list on 11 occasions to Real’s five. Those two sides showed the lowest two-year change, while French powerhouses Paris Saint-Germain crashed the top 10 in style with a 129% increase in value.

Despite having arguably football’s most marketable asset in Cristiano Ronaldo, Juventus dropped out of the top 10 – coming in at 11.

Mon Apr 12 , 2021
The push to become the league’s 30th club is once again up in the air after lead investor Ron Burkle pulled out of plans for the California side Don Garber admitted that Las Vegas, San Diego and Phoenix are among the contenders to be MLS’s 30th team amid all of […] 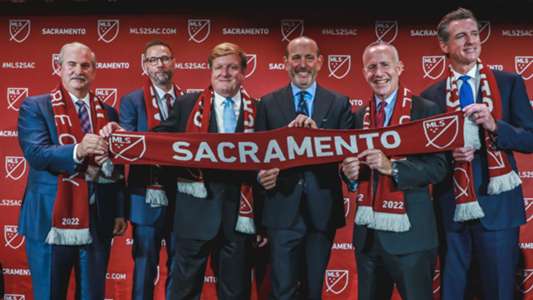