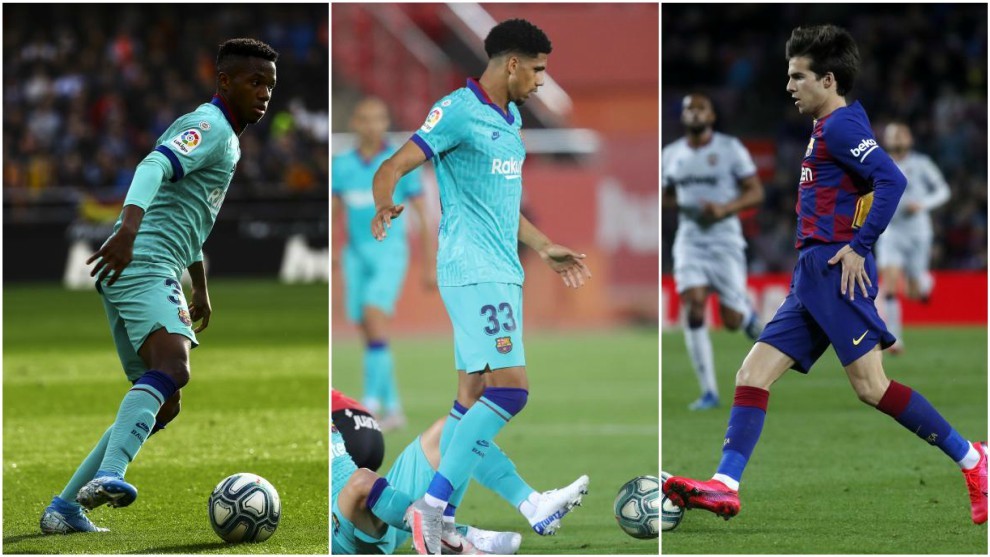 Quique Setien had forgotten about Barcelona’s young talent before the beak, but has returned to giving them opportunities this week.

When the coach arrived he had clear intentions of giving the kids a chance, as was seen by his use of Riqui Puig in training.

The academy graduate was his first change, and he also gave opportunities to Ansu Fati and even Alex Collado, but defeats and pressure mounted, leaving him to turn to the old guard.

Now the additional substitutes has seen him revert to type, and the kids are stepping up.

Ronald Araujo played and impressed at Mallorca with Clement Lenglet suspended, making no mistakes and being one of the Catalans’ better players on the night.

Ansu Fati was undoubtedly the best of the bunch at the Camp Nou on Tuesday.

The teenager was switched on from the first minute and got their first goal en route to a 2-0 victory.

Ansu is a breath of fresh air for Barcelona. He’s a constant threat to any opposition and he put forward a case for a more regular place in the XI, even despite the competition up front.

The icing on the cake was Riqui Puig coming on with just over 20 minutes to play.

He had disappeared under Setien, but he didn’t pass up his opportunity, though he did miss a couple of chances to score.

“He’s been very focused and he has taken advantage of these minutes,” Setien said.

“I appreciate his work and his presence.

“It’s a shame that he didn’t score, but he played very well.”

With Sevilla and Athletic Club up next, it remains to be seen what role the youngsters will play.

Coronavirus: Domestic leagues must be played before Bafana Bafana can return - Jordaan

Wed Jun 17 , 2020
The Safa boss says they are speaking to Fifa as he shares an update on when international games could return Source of the article