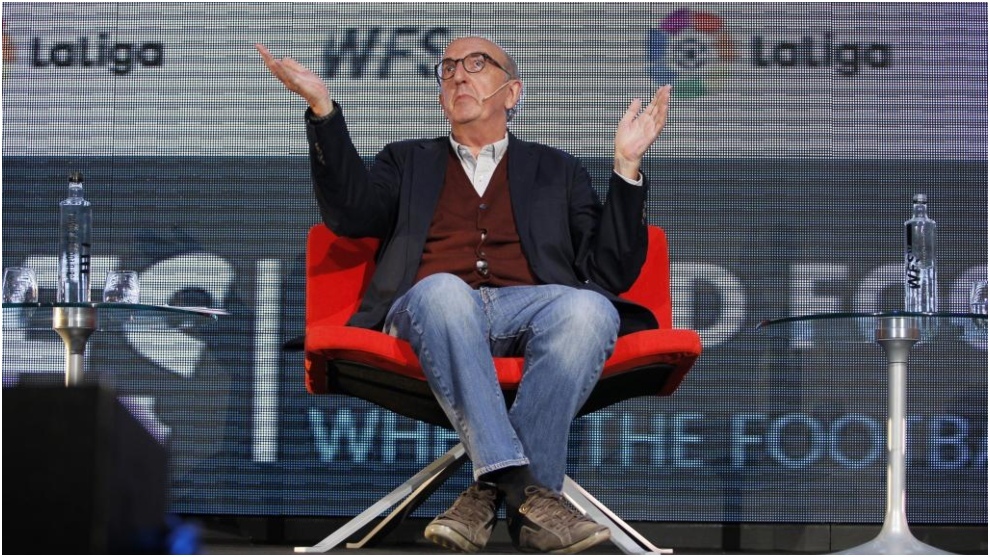 Mediapro chief Jaume Roures had distanced himself from next year’s presidential elections at Barcelona.

El Confidencial had reported that Roures would support a joint candidacy between Joan Laporta and Victor Font.

“I deeply respect the institution and the club, but I don’t have the slightest link with this,” Roures told MARCA.

“I find it very strong: supposedly, [Joan] Canadell and I have reached an agreement for Laporta and Victor Font to come together: Font as president and Laporta as vice-president.

“I want to make it clear: I’ve never seen Mr. Canadell in my life – nor do I know him.

“We’ve not even bumped into each other at a restaurant.

“I haven’t spoken or seen Laporta in two years and it has to be four years with Victor Font.

“I have no interest in that world.”

“Although it’s difficult to appreciate because the broadcasts are very complicated, from the audio, the innovation and all that… but I’m really happy and the audiences have bene very good,” he said.

“For example, they didn’t work at all well in Germany to start with and here they’re almost in line with what they were before COVID-19.

“I’m happier than I thought I’d be able to be.

“All the fears there were about fitness and all that have been dismissed.”

Mon Jun 15 , 2020
Photo: Jon Kopaloff/Getty Images Roc Nation Sports officially announced that Lonzo, LaMelo and LiAngelo Ball will join the agency founded by Jay-Z. “This was a family decision,” LaMelo’s manager, Jermaine Jackson, told Jonathan Givony of ESPN. “This is now an extended family. They put together a beautiful game plan with […]