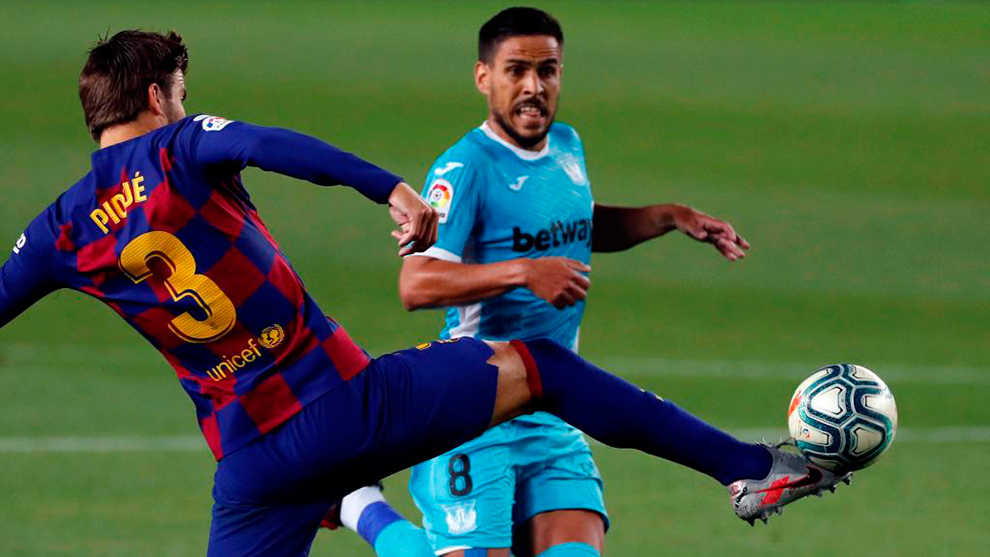 Pique and Recio fight for the ball.
EFE

Gerard Pique had no time for Recio’s complaining during Barcelona’s win over Leganes on Tuesday evening.

Recio was unhappy with the penalty the Catalans were awarded when Lionel Messi was brought down in the area, but Pique was quick onto the scene to respond to his protestations.

Cadena Ser were able to pick up on an exchange between the pair as the Leganes player argued against the decision, in which Pique suggested that he should trade playing for commentating.

“Put a mic on, go up there and commentate.”

Messi converted the penalty himself to give Barcelona a 2-0 win.

Wed Jun 17 , 2020
The latest round of testing has seen eight more individuals returning to self-isolation on the dawn of the season’s resumption Eight individuals from six Championship clubs have tested positive for the coronavirus, the EFL has confirmed, just three days before the season gets back underway. Promotion-chasing Brentford have confirmed one […]