Barcelona had a busy summer with Ronald Koeman coming in to take the head coach job and Lionel Messi deciding not to leave Camp Nou despite submitting a request to move on.

Messi staying at Barcelona has been huge for the club and Spanish football in general, especially after the league’s other biggest stars left for foreign leagues – such as Neymar to Paris Saint-Germain and Cristiano Ronaldo to Juventus – in recent years.

Barcelona are a much better team with Messi and their goal this year is to win back the Spanish domestic title after Real Madrid lifted La Liga in 2019-20.

An early-season defeat in El Clasico to their bitter rivals has not helped their title hopes, but Koeman is still confident that Barcelona can end up victorious over Los Blancos in the battle for the trophy.

How to watch Elche vs Barcelona on US TV

Barcelona will have to do without talisman Messi after the appeal against his two-game suspension was rejected.

The Argentine already missed the 2-0 Copa del Rey win over Cornella in midweek and will watch from the stands again this weekend after recieving the first red card of his career in the Supercopa against Athletic Club.

Koeman also has a number of other injury concerns, with Sergino Dest unlikely to feature.

He will likely join Philippe Coutinho, Ansu Fati and Gerard Pique on the sidelines.

Martin Braithwaite could feature in attack with Messi suspended, with Koeman possibly fielding a front three of Braithwaite, Antoine Griezmann and Ousmane Dembele.

Ivan Marcone returns for Elche after his own suspension, but Sunday’s hosts will be without Dani Calvo, Fidel and Guido Carillo through injury.

Elche has failed to win a game in La Liga since October, so the omens are good for Koeman’s side as they look to close the gap on Atletico Madrid and Real Madrid.

Elche vs Barcelona can be streamed in the US through Fanatiz  with a 7-day free trial and kicks off at  7:15am PT and 10:15am ET.

All of Barcelona’s La Liga games can be watched live on Fanatiz.

Despite a poor start to the season, Barcelona now find themselves back in the top four.

The disjointed beginning to the 2020-21 campaign means many teams have played a different amount of games, with Barcelona having a game in hand over all the teams in the hunt for the title except Atletico Madrid.

Atletico are four points clear of local rivals Real, but have two games in hand on most of the rest of the teams in La Liga.

Barcelona will need to pick up maximum points this week and have a favourable fixture list coming up, with games against Real Betis and Alaves as well as another match with Athletic Club on the horizon as Koeman looks to turn things around at Camp Nou.

Sun Jan 24 , 2021
The Englishman has enjoyed a fine season on a personal level and has prevented the summer signing from having a run in the team Alex Telles says he moved to Manchester United to play – but is full of praise for Luke Shaw, the man keeping him out of the […] 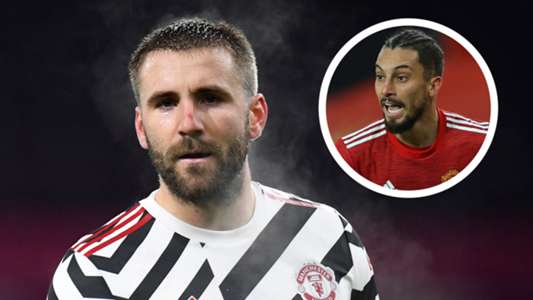